Pregnancy after loss and cold showers


After the happiness and surprise eventually came the worry. Pregnancy after a loss can be a tricky one to deal with. I remember that hard week after our first IVF when I was technically pregnant but with a low HCG value and was told it could go either way. There was a little spotting some days but it always went away. I had some mild symptoms such as tiredness, increased appetite and sore boobs. I kept doing pregnancy tests hoping the line would get darker but it grew fainter instead which was probably a likely indication that it was non viable. The longer I remained pregnant the more I had hope though that maybe it would still be ok. However the miscarriage begun the night before when our first scan at our previous clinic would have been.

I can't help having some anxiety regarding this pregnancy. I found a link online where you can calculate your miscarriage risk and it said mine was about 26% (at four weeks, it goes down the longer you remain pregnant)! That was stupid of me to look it up. However I then came across a more reassuring link and when you take our strong initial HCG value into account it seems promising that this could be a viable pregnancy. I keep reminding myself that there is no reason to assume that everything isn't fine. This pregnancy already seems stronger than my last (which was a year and a half ago. Crazy). I have barely any symptoms though of course it's super early at this point, just four weeks. It just feels surreal most of the time!

I did a second pregnancy test yesterday for some reassurance and there was a strong second line which was nice to see. The next stage is to go back to my clinic for a second blood test and provided all goes well I could have the first scan a week later. Wouldn't that be exciting!? At our new clinic they make you wait a week for the second blood test which seems so long! I have a dentist appointment that day so I asked if I could come in a day earlier (Monday) for the blood test and that's fine. The HCG is meant to be doubling every few days. A slow rising HCG can be indicative of a miscarriage or ectopic pregnancy. A scan at around 6-7 weeks should be able to show a heartbeat and once a heartbeat is present, then the risk of miscarriage drops to around 5%. So if I could get to that stage I can imagine I'll breathe a huge sigh of relief. One minute I feel ecstatic and love thinking about the future, and another I try to reign myself in, thinking I shouldn't get ahead of myself so early. 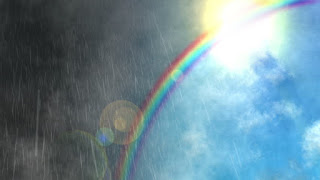 In other news, there have been some unexpected house costs lately. There's a problem with our water heating. It came to a head the day of the result actually. Hubby was all stressed but I was barely thinking about it. He said, "don't you care if there's no hot water and you have to have cold showers"? I think my reply was something like, "I would gladly take cold showers for all nine months if I can have a healthy pregnancy!" Anyway it turns out the problem has gotten worse so I have been having to have cold showers lately, haha. And I don't mind as long as the baby or babies on board are doing ok. That said, we are getting someone to come to the house to try to fix the problem as soon as possible. We are hoping it won't be too expensive. There have been quite a few unforeseen repairs that have come up ever since we moved in. I don't think our surveyor did a great job at predicting stuff!

I also wanted to mention that I know I have a lot of followers who are still in the midst of the infertility trenches. I will try my best to be as sensitive as possible regarding our news and I certainly don't intend to turn this into a "pregnancy" blog now. Occasionally I will mention it but I plan to write about plenty of other things too. Of course, it's still at an extremely early stage so I don't feel like I am out of the woods yet by any means but I am incredibly grateful to have reached this point!

Posted by dublinerinDeutschland at 11:04 AM