You don't have to love every second


This past week I've struggled a bit. Things had started to really improve. I'd say from around the time our little girl, who I'll nickname Mini for this blog, was around eight weeks, I felt like I had finally gotten into a nice rhythm and had been able to really enjoy being a mum. I started going out to meetups with other mothers to get out of the house. Of course it still feels a little strange at times to be part of this world now. I'm finally a member of the exclusive parent club which I'd struggled for years to join.

The girls from my birth preparation course meet up once every week or two and it's been nice to make new friends. So far we have just been meeting in each other's houses or apartments but hopefully we'll start going out to cafes soon as well. Some of the women feel uncomfortable about the idea of breastfeeding in public. I've already fed Mini several times while out and about now! It has gotten easier with practice. There are ways to be discreet about it, but Germany is very open about breastfeeding which is great.

There's a group of english speaking mothers in the German town where I live who regularly meet for brunches at kid friendly cafes. Anyway I got chatting to one of them and she mentioned that her and her husband had a very difficult time trying to conceive their daughter. We didn't go into details about how long it had taken or what treatment she had undertaken but I also shared that it wasn't easy for us. Her child would have really bad crying spells and she was telling me about how difficult it was. Also the fact that her daughter was such a miracle, she would feel a lot of pressure to enjoy every moment even the hard ones. She said she had to allow herself to accept that sometimes being a parent is really hard with bad days and not feel bad about not appreciating each second. 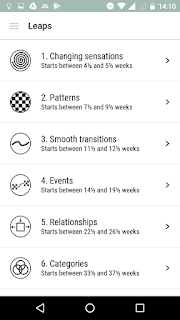 That resonated with me and helped me when we were having a really bad week. There's this app and book called the Wonder Weeks. Babies go through developmental leaps during certain times and it affects their behaviour. Some children don't change that much but for other ones who are more sensitive, they are really affected. Mini is one of them!

During leap 3 she would cry really easily but also much louder than before! A loud screaming cry. It was awful, I hated seeing her like that! Most of the usual "tricks" to calm her down wouldn't work. There was also a sleep regression. Two nights in particular were awful. She had been sleeping one long stretch of around 4-5 hours before then. One night the previous week she even slept for 6 hours which was amazing. On these two bad nights during leap 3 she only slept three hours. The rest of the night she wouldn't settle and only napped for really short amounts like 20-50 minutes. 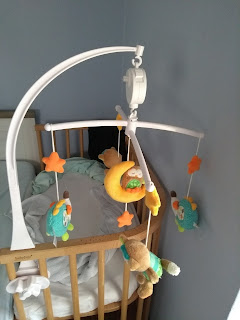 Since I am exclusively breastfeeding, it can feel like I never get a break. My husband has been extra busy in work lately and hasn't been able to offer me much support. One of the downsides of living so far from home is that I don't have my family around. My sister and Dad were over visiting a few weeks ago which was great but obviously I can't spend time with them as often as if I lived at home.

My husband's mother has been a good help. She comes to visit once every week or two and usually cooks something. Usually I can hand Mini over and she'll happily nap on my mother in law and I get a little break. This time, probably due to leap 3 she was especially clingy to me. I would get her to sleep and gently hand her over but then she would wake and cry for me again! Mini also wanted to breastfeed a lot. There's a three month growth spurt and I just felt like I was stuck on the couch for hours on end. I remember one day where I had to skip dinner because I just couldn't find a moment to eat.

Parenting can be really hard and it helps to not feel guilty when you have moments where you struggle!
Posted by dubliner in Deutschland at 5:28 AM 17 comments: