Why we won't be doing Cry It Out


There has been many a night where I've been googling advice for how to get your baby to sleep. Inevitably I would end up coming across some kind of advice involving Cry It Out (CIO). This is a form of sleep training which pretty much involves leaving your child to cry in their cot several nights in a row until they learn to "self-soothe". The most extreme version is called "extinction". There are slightly less extreme methods where you come back after fixed amounts of time or you pick the baby up to comfort them and then put them back down again, or where you just pat and shush them. They all involve letting the baby cry and say that it's normal for your child to "protest" any changes. "Controlled crying" is another term that is often used. Once the baby has been fed and has a clean nappy then the idea is that they are fine and you need to "help" them learn the skill of falling asleep by themselves. It doesn't matter if the baby is crying for other reasons such as being too hot/cold/tired/uncomfortable. You can probably already tell I'm not a fan! There are even articles written by baby sleep coaches which make you feel like a bad parent for not doing Cry It Out! Being able to fall asleep independently is a skill that children need to learn just like riding a bike you are told. One site went on to say that babies who sleep better are more successful in school when they are older. They imply you are damaging your baby by not sleep training! It's confusing as a parent because obviously you want the best for your child.

Could there even be some babies who don't respond that badly to CIO methods? One Irish blogger I came across wrote that her baby "only" cried for 15 minutes the first night and then slept great from then on. A friend of mine told me that one day she just put her baby down in her cot after which she "fussed" a little bit, not full on crying before falling asleep and from then on she slept fine in her cot! I remember thinking ok I'll try it if it's really that easy! I put Mini into her cosleeper in a dark room with white noise playing. We had the baby monitor on and my husband and I watched downstairs to see what would happen. At first she seemed happy enough playing by herself. Then she started to winge and make unhappy noises. I waited a moment longer but her whimpers started to escalate so then I quickly went and picked her up. She hadn't even been left for long, maybe two minutes and she already had tears in her eyes and looked really upset. I felt awful seeing her like that and decided I wouldn't be trying that again! My husband is on the same page as he also can't bear to see Mini upset. 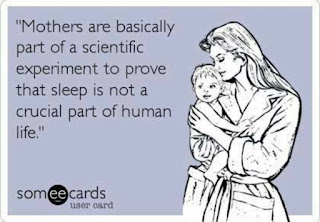 The thing is of course I get it. Being sleep deprived myself, I understand why parents are tempted by CIO. Just a few nights of letting your baby cry and then they start sleeping 10-12 hours a night without waking up, allegedly! What's really happening though? We aren't just talking about leaving a baby to whinge a little, this can be full on hysterical crying being ignored. Research suggests leaving babies to cry for long periods like that is traumatic for them and can cause anxiety in later life. In order to form a secure attachment, their caregivers should be responsive to their needs. There was a study which showed that even after the babies stopped crying on the third night their stress hormone cortisol was still raised. It is also unrealistic to expect young infants to sleep for so long without needing to feed, especially breast fed ones. It is normal for babies to wake several times a night and sometimes society needs to adjust its expectations and not make parents feel like their baby is "bad" for not sleeping well.

There was one site I read and it talked about how sleep deprived parents are in danger of being in a car accident. The mothers are more likely to get depressed and depressed mothers are less responsive to their baby's needs which is bad for the babies. Cry It Out seems to be particularly popular in the States. It's no coincidence in my opinion that the parental leave there is also really short compared to other countries. Parents who are having to go back to work when their babies are still only a few months old and still sleeping badly naturally find it difficult! I know I am lucky that living in Germany we can take advantage of the long parental leave. On nights when Mini sleeps particularly badly I can go back to bed during her morning nap or just have a lazy day at home. I don't know how I would be able to function in the office after particularly bad nights.

I accidentally joined a facebook group that supported Cry It Out while I was searching for gentle methods to encourage longer stretches of sleep. Some women were writing things like how sleep training saved their marriage! Reading a lot of the posts on the group started to really upset me though. People weren't just leaving their babies to cry for 10-15 minutes but hours on end! Night after night. Some of the babies were getting so distraught they were even vomiting. And the sleep training wasn't only done once, whenever the sleeping got worse again the parents would have to redo the Cry It Out methods. I felt so sorry for the babies. Whenever a mother in the group would write how hard it was to ignore her baby's cry, the responses were to just "wear earphones", "drink wine" or telling them that they are doing their babies a "favour" helping them learn that skill. It just seemed so wrong and unnatural to me. There was one mother who wrote that her baby now hyperventilates and gets upset as soon as she brings him into the bedroom and isn't the happy smiley baby he once was anymore! There's something wrong with that picture.

Adjusting my expectations and not comparing our baby to others has helped me a lot. When I used to have the idea that Mini should be sleeping long 8-10 hour stretches without waking then I would feel like a bad parent because we are so very far from that. However, once I came across other resources which were more realistic about baby's sleeping patterns and what is normal especially for breastfed babies who tend to wake more often at night, then I felt much better about the situation. Sometimes just reading accounts from other mothers helped. For instance knowing how common it is for a baby to prefer to sleep in your arms than in their cot! The sites I found most helpful for adjusting my expectations were; Milk Meg, Kellymom and Sarah hockwell-smith. This also made me laugh; To the losers who haven't sleep trained their babies. These all made me realise how normal it is for a baby to wake up frequently at night for various reasons while they are so young. I read up on safe co sleeping and this is what has helped me alot! Also reminding myself that the sleep will improve and seeing how happy Mini is when she wakes up beside me. 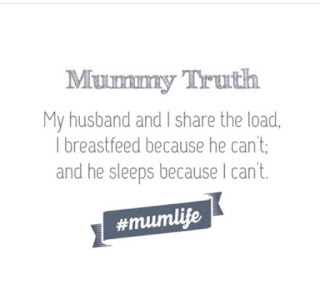 Recently, I started reading Elizabeth Pantley's "The no cry sleep solution", a gentle parenting book. She writes that when you start searching for sleep training tips there tend to be only two trains of thought, one which advocates cry it out and the other which says basically do nothing, wait it out. Eventually babies will learn to self soothe even if it takes until they are aged two or three. It is a shame that isn't much in between the two camps and hence the book tries to bridge the gap by offering lots of gentle ideas which I am hoping to try. She points out that improvements using those suggestions won't happen overnight. It could be several weeks or even months before you see an improvement but her ideas don't involve leaving the children to cry which is great. There was a study I came across which showed no long term benefit of sleep training. Six months later babies who weren't sleep trained were sleeping just as well as the babies who were, implying that the "wait and see" approach might not be so bad.

That said, I'm going back to work in a few months and I really hope I'll be getting more unbroken sleep by then. In the meantime I have started trying some gentle suggestions from the book. One tip is when the baby wakes to wait for a moment and see if they settle by themselves before doing anything. I had gotten into the habit of picking Mini up immediately when she would stir and breastfeeding her back to sleep. Now I try (whenever I remember) to wait first and sometimes she falls right back to sleep without any help, or just after I stroke her head a little. When it looks like she is starting to wake up fully then I just feed her. The good thing is that after drinking she usually falls back asleep quickly which is great. It's just the frequency of her wake ups can be tough! I am hoping that once she starts solids that might help her sleep longer too. Also when my husband is on his parental leave he'll be available to help out.

As previously mentioned, I understand the appeal of doing some sort of sleep training. Ever since the four month sleep regression started Mini has been waking every 1-3 hours all night long. When she sleeps for 2 or 3 hour stretches it's not as bad. The nights where she's waking hourly are really tough though as you can imagine! I feel like a zombie some days. However, a baby's only way of communication is through crying and I don't think that should be ignored. There are many reasons for them to cry that don't just involve hunger or needing a nappy change. Sometimes they just want comfort. The world can be a scary place for them! Lately Mini doesn't feed as well during the day because she can be too distracted by everything that's going on around her and then she needs to catch up overnight. This is quite common for 4-6 month old babies. If I were to leave her to cry, then she could end up underfed!

If you are thinking about using the Cry It Out method yourself, please wait until the baby is at least six months old. I don't judge other parents who have sleep trained. At the end of the day each family has to decide for themselves what is right. However, why not try out some more gentle methods first? For now we are mainly doing the "wait and see" approach knowing that Mini will eventually learn to sleep better in her own time. We are also going to try gradually getting her used to taking some of her day time naps in her cot if possible. At the moment she still only naps in our arms or very occasionally in the buggy. Not that I don't enjoy Mini napping on me, it's very sweet!

Do you know of any good baby sleeping tips that you have tried or heard of that worked? Was it just time that made the biggest difference?
Posted by dublinerinDeutschland at 8:42 AM 17 comments: