What to wear to Oktoberfest #MicroblogMonday

Oktoberfest season is nearly here so it's time to dust off those dirndls and lederhosen! Actually you can pretty much wear the gear to most German festivales, even the Spring and Summer ones. And we recently went to an Oktoberfest themed birthday party where the dress code was tracht, meaning traditional German costumes.

In other words Lederhosen with checkered shirts for the men and dirndl for the women. Although in recent years it has gotten a lot more casual and I've even seen girls wearing cute lederhosen shorts or skirts. 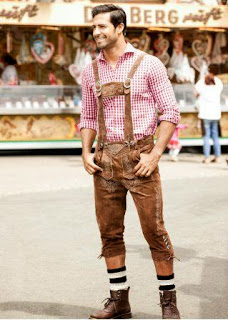 Married or attached women are meant to tie the bow of the apron on the right hand side, and single ladies wear it to the left. Guys often wear hats and girls wear their hair in intricate plaits.

The outfits don't come cheap though and a nice dirndl normally sets you back somewhere between 70€ and 200€. Which is a lot considering you might only wear it once a year. They are lovely and flattering though and it's fun to get dressed up and get into the whole Oktoberfest atmosphere. And if you don't wear one you'll be the odd one out! 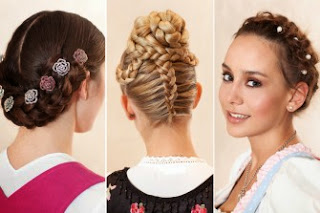 Posted by dubliner in Deutschland at 2:08 PM 4 comments: 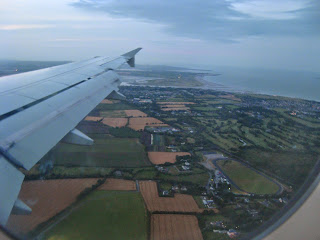 In August the GerMann and I went to Dublin for what I always call a flying visit, which is basically when we only go for a few days meaning I don't have much time and end up racing around here there and everywhere trying to meet as many people as possible! It's always great to be home and see everyone but those visits are not exactly relaxing! We did manage to eat in some great places and I took lots of food pictures. And of course we managed to go for afternoon tea and scones. This time we weren't so lucky with the weather though and got caught in the rain more than once. 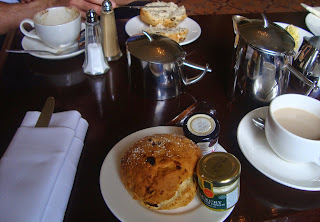 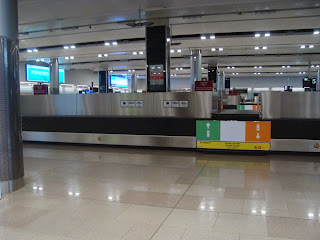 I also attended a ten year anniversary meetup with my university friends which was fun! Can't believe it's been ten years already since I completed my degree. Everyone looks the same, just better dressed and now with impressive careers - go us, haha! Some of us are married, a few also have kids and several from the course are living abroad like me. It was great catching up! 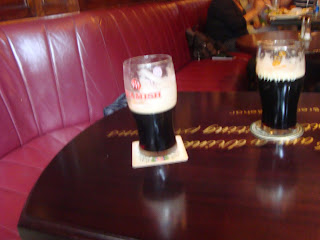 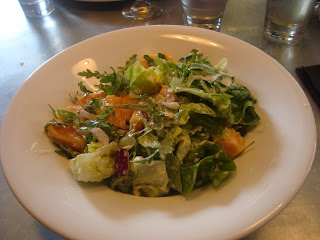 Initially after college we all did try to get together often but gradually people went their seperate ways and it had been several years since the last meetup. We all said we would try to not let it go so long next time and we'll plan to get togther again in Ireland over Christmas. I'm the only one from our course who ended up marrying someone I met during the Erasmus year (two semersters spent in a university aborad). I wonder what path my life would have gone down if I hadn't done that particular degree which included the year spent on Erasmus in Tübingen. 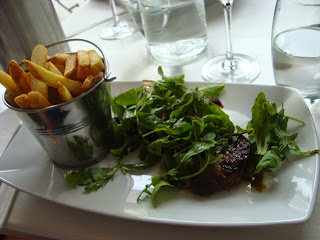 One of my best friends, who was also my bridesmaid, recently had a baby boy so we also got to visit her which was lovely. It seems like loads of my friends are having babies these days, my facebook news feed is full of it! Hopefully it's also in the cards for us. Our next planned Dublin trip is not until December but for ten days which should be less rushed. There might also be some time to take some trips outside of Dublin and show the GerMann more of the lovely island I call home. This year the plan is to spend Christmas in Ireland with my family and then New Year's in Germany, sharing our time between both sides of the family. 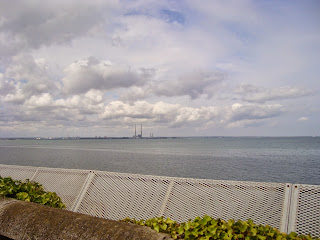 Posted by dublinerinDeutschland at 2:30 PM 2 comments:

So I joined a gym #MicroblogMonday

Wouldn't it be great if you could just skip all the hard work and get straight to the results part, like in a cool movie montage? A few weeks ago the GerMann and I joined our local gym. Joining was the easy part! I'm aiming to work out twice a week and still go for occasional jogs. 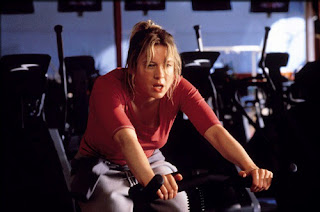 It's going well so far though it probably hasn't helped that I haven't changed my diet much and still indulge my sweet tooth - who can resist those lovely German cakes? It also always seems to be somebody's birthday in work which means cake in the office every day!

So far it's going well and I'm enjoying the health kick and feeling good. What do you do to keep fit?

Posted by dublinerinDeutschland at 1:48 PM 19 comments:

Where was I this time last week? Drinking cocktails after a day on the beach probably! The GerMann and I booked a last minute one week trip to Mallorca and it was amazing - a sunny 30 degrees by day and still warm in the evenings, delicious seafood with sangria and long sandy beaches with turquoise water. 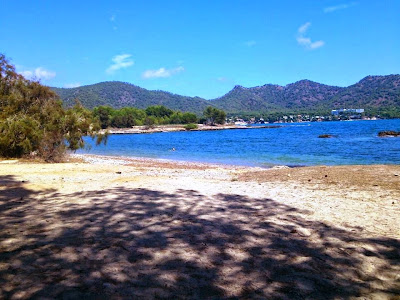 We purposely avoided the crazy party area of Mallorca which gives the place a bad reputation. The rest of the island has so many beautiful spots. It seems to be especially loved by German and British pensioners - I'd put the average age of our resort at about 60! The last time we were in Mallorca, this time two years ago, the GerMann proposed, so it was also nice to go back as a now married couple!

Posted by dublinerinDeutschland at 1:29 PM 7 comments: