Through the Irish blogging awards this year I have been introduced to lots of new blogs and I have been really enjoying reading all the entries in the best blog category. They cover a wide range of subjects from the more serious themes such as post natal depression and living with MS, to the more funny and light subjects such as thoughts on pregnancy and dating.

There are lots of really good ones and it's hard for me to pick just one to vote for, but the following are the ones that stuck out for me in particular, for one reason or another and are worth reading if you have a few spare hours on your hands!

There are a lot of posts from Irish Mum bloggers;


Some of the more serious topics;
Irish relevant subjects;
On various other topics;
There's still time to Vote for your favourite blog post.

I've recently had my four year anniversary of living in Germany. In the Summer of 2010 I packed my suitcase and flew over not knowing whether I would later regret the decision and also not sure how long I would end up staying. Looking back I would say that the first year was definitely the hardest. Not initially - the first few months I was in the "honeymoon" phase in my relationship with Germany - but once I removed my rose-tinted spectacles and took a hard look at the place, I did have a lot of low moments and at times strongly considered moving back. I've since learned this is all part of culture shock and a totally normal part to adjusting to life in a foreign country. 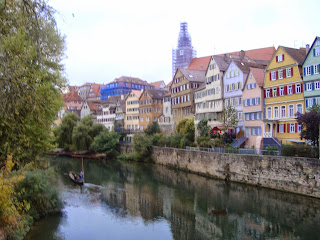 But I stayed and the homesickness eventually passed and things got much much better! I gradually built up a network of friends - mainly other expats - I found a new job where I didn't have a long commute, my German level improved to where I was able to get by and handle more situations, and I felt settled and even at home. Four years on, I'm not sure where the time has gone, but I'm happy living here!

Of course there are still highs and lows, things I like about living abroad and things I don't. Let's start with the positives. What I love most is meeting new and interesting people and making friends that I would probably never have met had I stayed living in Ireland. There's also a great expat community here supporting and helping each other and it's nice to be a part of that. 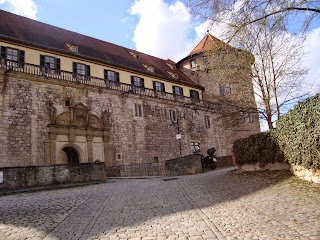 I also get to enjoy the benefits of living in Germany such as the lovely long Summers, lots of vacation days (it's common to have as many as 30 days off a year), great health care, good transport and it's central European location to name a few. Yesterday afternoon we cycled to a pretty nearby lake for a swim and today we hung out in one of the many beer gardens enjoying the sun.

I've also gotten more opportunities to travel which I love. It's a lot easier to go and visit other European cities at the weekend as you just need to pop on a train!

Another plus is that living abroad has gotten me out of my comfort zone and I've grown from the challenges. It feels good that I was brave enough to leave Ireland and create a life for myself in a foreign country and to work entirely through German! I've had to put myself into difficult situations such as doing job interviews and presentations auf Deutsch and I think that deserves a pat on the back! 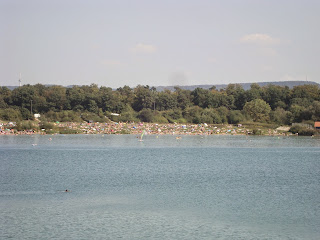 What is also nice is I now get to experience Ireland as a tourist. Because I'm not working there any more whenever I go back I have the time to go on trips, eat out and enjoy myself... It's like a fun holiday. Since I often travel over with the GerMann I'm also more inclined to take trips to show him the beautiful country I grew up in.

So what are the things that make me homesick? The hardest thing is missing the people back home. If my family and friends were to all emigrate over here, it would be perfect! I do wish I could see everyone more often. That said, I do try to make it back about three or even four times a year which is pretty good going! I know it's a lot harder for my American friends to get back home as often.

I also miss Ireland itself - the friendliness, which I notice even more after living in Germany, the beautiful scenery, feeling like I belong, comfort foods and just the craic and the banter! Maybe I'm biased but I think there's just something about the Irish people - their sense of humour and positivity. Like they often expect the worst outcome - such as rain, but then when it doesn't happen they are delighted. 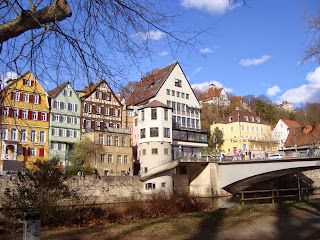 The next difficult thing is definitely the language - it can be frustrating sometimes not knowing the right words to adequately get your point across and I know that even though I've been here four years I still speak German with an Irish accent! So sometimes I will be ordering something in a restaurant or cafe and the waiter will answer me in English, which I find a bit disheartening (isn't my German good enough?!) but I have learnt that Germans just love to practice their English! Also I find chatting with small groups of Germans no problem but if I'm in a big group and it's a noisy environment such as a pub with loud music, it can be hard at times to keep up with the conversations! Still the longer I live here and the better my German gets the less the language issue bothers me.

Just being a foreigner itself can sometimes be hard. No matter how long I live here I will probably never really completely assimilate and feel like I totally belong. I don't mind that too much though. Germany is quite international with lots of different nationalities and people are normally excited to hear I'm from Ireland as they don't meet that many Irish people here. That's something I often wonder about actually, why don't more Irish people consider Germany as a good emigration destination? 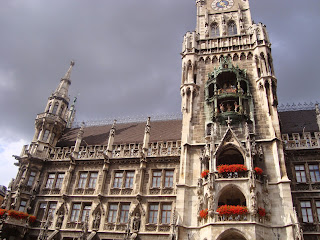 Once you settle in the foreign country, a lot of the time it's just day to day living. It's not all super glamorous even though it might seem that way when you look at the facebook pages of people who are living abroad! People don’t tell you about the hard days.

I like my life here now and I'm happy, though the thought of staying forever scares me a little! For some reason the idea of me getting old and at some point having lived here longer than I've lived in Ireland seems so strange to me. What's difficult about being friends with other ex-pats is most of them move on at some point - normally back to their home countries and I hate having to say goodbye. It isn't definite that our future will always be in Germany, maybe at some point we might move to Ireland or somewhere else, but at the moment it just makes the most sense for us.

I also have another big anniversary coming up soon by the way, our one year wedding anniversary, which I also plan to write a little about! 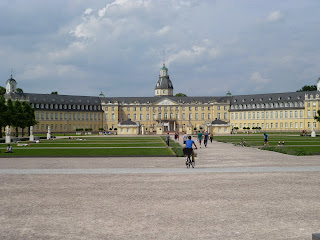 Posted by dubliner in Deutschland at 1:24 PM 6 comments: