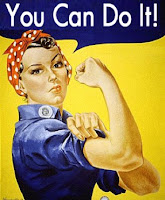 We're off to a good start. The first day's injections went well, probably all the practice from the last round of IVF helped. Altogether it took a good half hour though and I have to do them in the mornings so I'll need to set my alarm clock for thirty minutes earlier each day until I get the hang of it again and get faster.

What helps is I created a motivational playlist on spotify of songs I love to take my mind of the injection process. At night I'll also be listening to a special IVF/IUI meditation series called Circle and Bloom. Each one takes around fifteen minutes and involves taking deep breaths, calming your mind and lots positive thinking and healing. I am hoping it will be good against stress. So far so good.

I had my baseline today which is what the initial IVF appointment is known as. Everything looks good, and I've no cysts so I'm ready to start. Tomorrow I'll begin with the injections. Similar to last time, two each day alternating sides. I have the "decapeptyl" again but this time also "Menogon". The latter will be the trickier one as it involves mixing four vials of powder and two liquid.

I went to the pharmacy after my appointment with Dr. Direct and collected all the boxes. Wow, it's a lot! Also it cost nearly a grand altogether. And that's not even everything, I'll be getting a separate prescription for the progesterone at a later stage. It will all be worth it if it works of course! 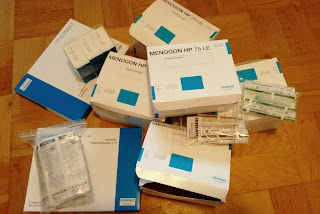 I am feeling a mixture of excitement and apprehension. Excitement that I am giving myself the best possible odds at getting pregnant in several weeks time, all goes well, which would be amazing! However apprehension and nervousness mainly about just having to go through the whole emotional rollercoaster again with no guarantee of a happy ending.

Posted by dublinerinDeutschland at 10:49 AM 2 comments:

Brooklyn the movie and me 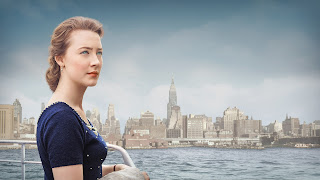 They say that Ireland's greatest export is its people.  A recent film which deals with Irish immigration is Oscar nominated "Brooklyn" and it's well worth seeing. The main role is played by the mesmerizing Saoirse Ronan and the story is based on a book of the same name. It tells the tale of an Irish girl, Eilis, growing up in 1950s Ireland who has the opportunity to emigrate to New York. The film shows her making friends and finding a job. On the other hand you also see her suffering from homesickness while she attempts to adjust to life there. She eventually ends up meeting an Italian American guy and falling in love. However circumstances change and she has to abruptly return to Ireland. While there she also meets an a potential love interest, not to mention experiencing pressure from family and friends that she should stay. She is then torn between the two worlds. Should she stay in Ireland, her home or go back to America where her new life awaits. 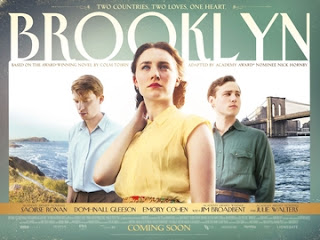 Watching the film I felt like I could relate to her leaving Ireland and feeling homesickness but also having two parallel lives, and trying to choose which direction to go. Germany for me meant being with my soulmate, job prospects, a good life. Ireland was home though where my family and friends were. Anyway, I eventually chose to stay here and I'm happy that I took a chance and I love it now in Germany even though there were times I was very homesick in the beginning and had to deal with culture shock.

I couldn't help but be reminded by the film that emigrating these days is a lot less scary than it was back in the 1950s. I didn't have a long long arduous journey over, only a short flight. In order to talk to my family I can simply arrange a skype chat. Back then there might only have been one shared phone in the house or a pay phone down the street and calls abroad were very expensive. If I would like to go to Ireland at short notice it is usually relatively affordable and possible, which means I get to fly back around three or four times a year while family and friends can also come over here easily for a visit. I guess my point is, I'm very glad I emigrated to Germany in the 2000s and not in the 1950s!
Posted by dublinerinDeutschland at 12:13 PM 5 comments: 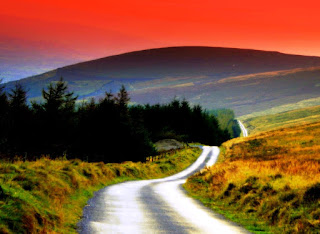 Update: I had the hysteroscopy and scratch and it all went well.
Posted by dublinerinDeutschland at 12:11 PM 3 comments: