We are just back from a trip to Dublin. We had a really lovely time visiting family and friends and we loved introducing Mini to everyone. I hope this will be the first trip of many to her "second home"! Loads of people commented on what a happy baby she is and she seemed to enjoy being in a new place. The journey to and from Dublin was stressful though. On the way over we got distracted chatting to some friendly mormons on the train (as you do) and ended up forgetting one of our suitcases! Luckily it was found and we're getting it sent to us now we are back in Germany but when we realised at the time it was too late to go back for it or we would have risked missing our flight. At least it was a fun excuse to go shopping for some new outfits in Dublin!

However, our journey back to Germany was worse. First the flight was delayed almost an hour and a half and then we had to wait ages for the baby car seat to appear on the carousel causing us to then miss our train connection. Of course, Murphy's Law, the subsequent train connections were all delayed but the one we had been aiming for was perfectly punctual. We eventually ended up having to get a taxi home part of the way. By that stage poor Mini was overtired and was getting upset. It's awful when you are in a car and your baby is crying as there is little you can do, especially if you are not in a position to pull over. Distracting her with toys and songs didn't work long but in the end I showed her a cartoon on my phone and it calmed her down! We eventually made it in the door by 1am (we had left Dublin at 5pm) tired but glad to be back. We've decided to try to book flights earlier in the day in future and be more aware of how many bags we have with us! 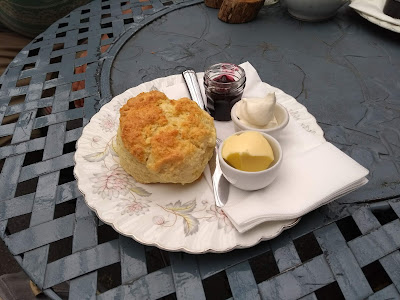 No visit would be complete without enjoying some scones with butter, jam and cream with my afternoon tea! This was taken at a cute little cafe called The Cake Room in south Dublin. 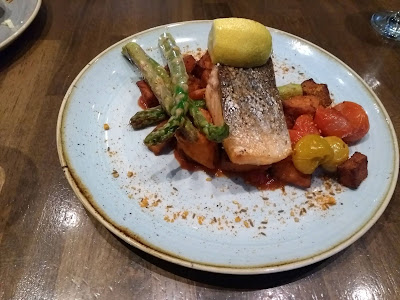 I love seafood and Irish salmon is really delicious. In a restaurant called Taste in Dublin city centre they served it with sweet potatoes and asparagus. 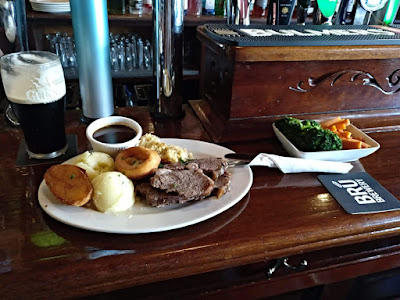 The last picture is a Sunday roast with a pint of Guinness the GerMann enjoyed in one of the local pubs. I had the cottage pie. 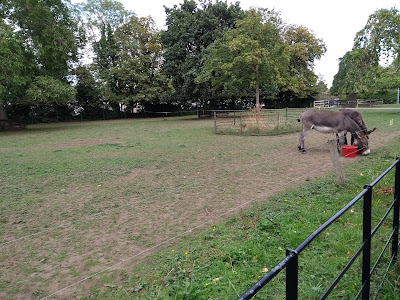 We went to Airfield estate one day. This is a working farm in Dublin with a nice house and grounds with various farm animals. Here are some donkeys being fed. One of them clearly didn't know how to share and helped himself to his pal's food bucket too. 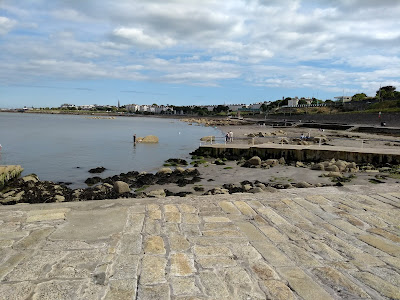 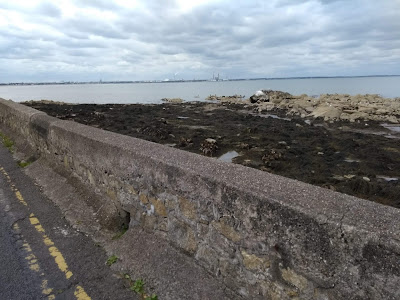 Another day we walked around Sea Point which is a beach in the south of Dublin. It's certainly not the prettiest of beaches. It's quite stoney. However I used to swim there as a child and it's still a really popular swimming area these days. Last time my brother was back in Dublin in December he swam there on Christmas morning which is a tradition for some Dublin people. I've never been brave enough myself as it is absolutely freezing that time of year in the Irish Sea!

Posted by dubliner in Deutschland at 11:31 AM 2 comments: