At the beginning of December my German teacher asked me it I have any "Weihnachtsstimmung" (Christmas spirit). She asked if I have baked any Plätzchen (German Christmas biscuits), bought presents, put up decorations or written Christmas cards. I had done none of it! Despite Christmas somehow starting earlier and earlier each year, even before Halloween, I still always feel like it sneaks up on me and then in the week before Christmas or even the day before, I often find myself running around the shops picking up last minute presents or hurriedly writing cards. Stress! I have also one year ordered gifts online too late so that they didn't end up arriving until a few days AFTER the big day- oh dear.

This time around I managed to be a bit more organized however and sent out a batch of Christmas cards once I had finished writing the wedding thank you cards and bought my presents with time to spare. I didn't end up putting up the tree this time though since we weren't going to be in the apartment for Christmas, so our place certainly lacked holiday spirit. However I think we made up for it by eating three Christmas dinners! How did that happen? Well we spent the 24th with the GerMann's family, the 25th attending our friends' dinner party and my family also did a sort of belated Christmas day for us when we got to Ireland. Lucky us! 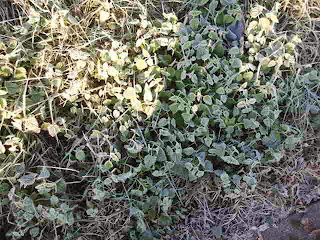 Traditions in Germany are a quite different to back in Ireland. On the 6th of December, you are meant to clean your shoes and leave them out and Nikolaus then puts little presents in them. My lovely mother in law visited us and brought lots of chocolate goodies and santa themed tea towels. 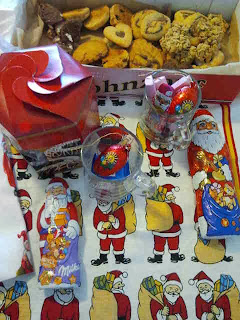 Having enjoyed several Glüweins at the christmas market, gone ice skating, xmas shopping, had my office christmas party, received and sent xmas cards and listened to some xmas music I can now say that I experienced plenty of 'Weihnachtsstimmung'. One of the best things about Germany has to be the Christmas markets. Nothing beats meeting up with a few friends over a mulled wine (Glüwein) and if feeling up to it, ice skating afterwards.

This past year was my first German Christmas which meant it was celebrated on December 24th, instead of the 25th. And there was no turkey. Instead we had fish, though goose is also common. There were a lot of similarities nonetheless- mass, overeating, Christmas tree and exchanging gifts. After our dinner on the 24th we had to momentarily leave the room, and a little bell was rung which meant the "Christkind" was there and had left us presents. This is instead of Santa Claus. 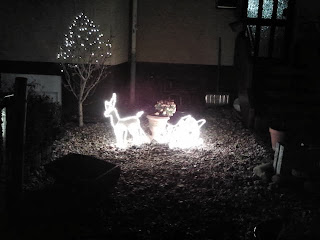 It was a nice to learn about new traditions and to spend time with my German family! Then the GerMann and I spent a week in Dublin where we had a really great time as always! We are hoping to travel to Ireland more often this year.

Hope everyone had a lovely Christmas!
Posted by dubliner in Deutschland at 9:26 AM No comments: