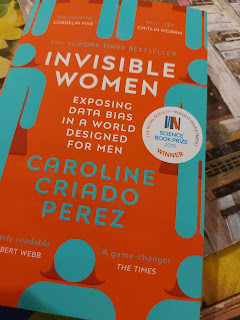 We read "Invisible Women: Data Bias in a World Designed for Men" by Catoline Criado Perez for my book club at the start of this year and it's taken me this long to get around to writing the review but I didn't want to miss this chance to talk about it because it's such a great book. It's based around the premise that the standard human is always considered to be a roughly 70 kilo man and all the negative repercussions that has for women when they are discounted.

At the start of the book I found it very interesting hearing about how even language affects sexism. Countries that have more gender neutral words such as "doctor" in English versus "Arzt / Arztin" in German for instance tend to be less sexist in general. There were things that didn't surprise me such as how women's trousers generally don't have pockets and phones are designed to fit perfectly into a man's hand. However as I kept reading, I eneded up feeling more and more angry about how much women have been overlooked and how far reaching the affects of this are.

For instance crash test dummies are based on men's bodies and so car seats are designed based around that, meanding women end up with higher chances of being badly injured in a car crash. The medical world studies "human anatomy" which is all based on men and their symptoms and then usually only have one course on "women's health". I was reminded of a tiktok video I saw recently where a male doctor clearly hadn't a clue about how periods work! Time and time again research grants aren't given in areas that primarily affect women such as period pain since issues that affect women are considered less important.

There was a lot in the book that I could relate to and could see happening to my friends. For instance it spoke about the challenges for women who want to work after having kids. In Ireland there is good maternity leave, however the cost of childcare is extremely high and it's rare to be offered part time options so there are many women who quit their jobs afterwards. In Germany childcare is generally affordable and by law you are entitled to work reduced hours until your child is a certain age which helps a lot. However it is generally the mother who has to miss work and stay home if the child is sick. All over the world a significantly higher proporion of unpaid work falls on women - childcare, household tasks and care work. There are many women who end up having to leave the workforce in order to mind elerly or disabled relatives for instance. Being off work affects women's pensions naturally. Women tend to be exposed to more chemicals which also negatively affects our health.Not to mention women are more at risk of suffering sexual assult and abuse.

I also learned how much representation matters. When young children are asked to draw a "doctor" for instance they were equally as likely to draw a male or female doctor however past a certain age, then they are way more likely to draw a male doctor. Young girls seeing images of female scientists in their school text books helps them see that this could be a career for them and something as small as that can make a huge difference. Having a female quota in certain jobs actually helps weed out the mediocre men while including more competent women.

The book is incredibly well researched and it feels very sciency and heavy and times to read but overall well worth it. In fact I think it should be conpulsary reading for everyone! It did make me feel angry and upset at times at all the injustices to women. However the book gives many positive examples of things that are changing for the better so it's not all negative thankfully. The more women there are now in leadership roles for instance, the more younger women will see that as an option for them. Let me know you're thoughts if you've read the book or are thinking about it!
Posted by dublinerinDeutschland at 1:36 AM 4 comments:


The first two pictures are from the Center Parcs resort at Lake Bostlesee in Saarland where we stayed for several days. 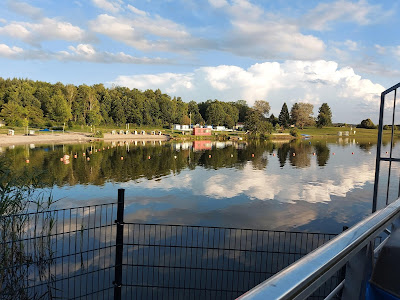 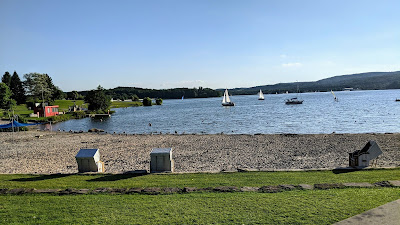 The next pictures are from Ettlingen a pretty town near Karlsruhe where we visited. I ate some delicious duck and potato gratin at a French restaurant. 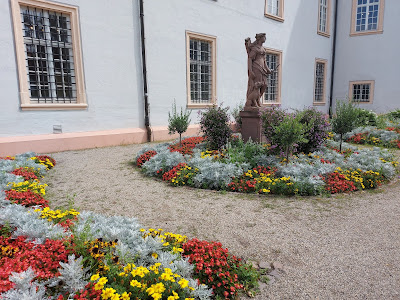 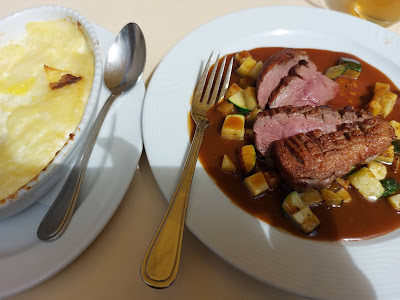 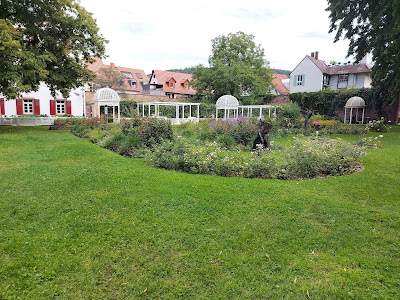 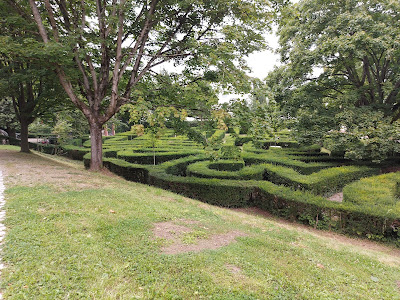 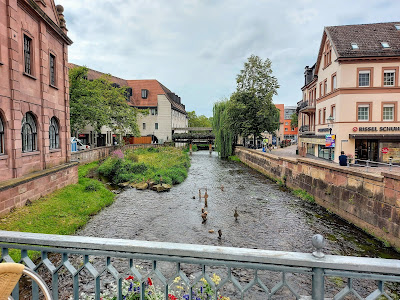 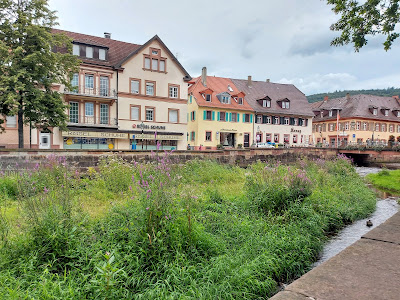 It's rare to see hippos out of the water so I enjoyed seeing this Mama hippo with her baby going for a walk at the zoo. 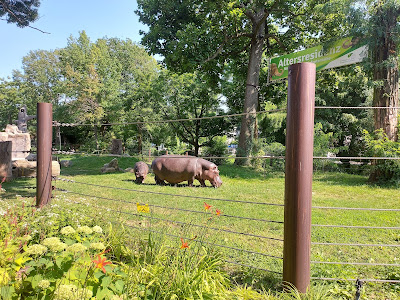 Posted by dublinerinDeutschland at 4:47 AM No comments: