Today was quite a let down after the excitement of yesterday. The clinic phoned and told me that out of the five eggs collected, only two of them fertilized. So now because there are so few embryos we'll be doing a three day rather than five day transfer as it's just too risky to wait the extra days. We are getting "assisted hatching" done this time though to hopefully increase our odds a little.

I know I should be grateful that we have two embryos, and I am absolutely, it was just a let down. I feel a bit stupid for the fact I let myself get so excited and carried away (as usual). I thought this cycle was turning out much better than the previous ones but it's just the same. We are still only ending up with two embryos after going through everything. During the previous IVF (third round) we transferred two great quality ones, but it failed nonetheless. These will be the sixth and seventh embryos we have created altogether.

I had a bit of a cry about it. I decided it's better to let the negatively out now and then from transfer day onwards I'll try to get the positivity back! I also decided I owe it to our two potential children growing in a petri dish right now to be hopeful and fight for them! I'm excited for the transfer anyway. That's always the highlight of the IVF process for me! Hubby is coming too. 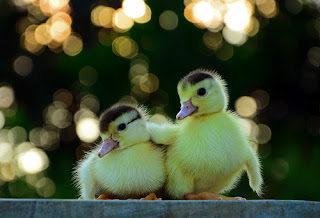 We ended up having to entertain friends this afternoon which wasn't ideal timing wise! It was a colleague of my husband and his wife plus their seven month old baby. We haven't shared our infertility struggles with them as the guy is quite a gossip and hubby wouldn't want him spreading stories about us. They are nice but literally obsessed with their offspring! I'd be trying to tell them about our Australia trip for instance and then one of them would interrupt to point out that the baby had made a "cute" noise or slapped the table or whatever. A bit rude really. They also insisted on showing me several videos of the kid. I hope if this works out for us then we wouldn't be parents like that who don't have anything else in their lives to talk about!
Posted by dubliner in Deutschland at 12:30 PM