Six days after our first blood test I went in for the second one. I had to get up at 5.30am in order to get to my clinic as early as possible so that I would make it back to my office in time. I didn't mind too much though. After all the challenges of going through IVF it wasn't such a big deal and I'm excited to have a reason to need a second blood test. I also got some of my prescriptions renewed while I was there. The clinic told me they would call between two and three pm. During my lunch break I went home hoping the results might be ready early but no such luck. Hubby was going to get back earlier from work that day so we agreed that he would phone the clinic to find out the results but not tell me until I came home just in case the news was bad.

That was the idea. In practice when I didn't hear anything from hubby I started worrying that maybe it was bad news and he was waiting to tell me in person! The time passed really slowly in the office before I was able to get home and the half hour before I got back, I started getting really anxious thinking how devastating it would be if the news wasn't good. As soon as I arrived in front of the house, hubby rushed out to meet me, smiling, and said it was good news! Thank you God!! I burst into tears again, this has definitely been an emotional time for me lately haha! Happy tears though.

He told me the HCG has gone up to 2343. Amazing!! I put it into into HCG online calculator and it said that's a normal doubling rate. We have an appointment in a week's time for the first ultrasound. How exciting! At that stage we should finally find out whether there are one or two embryos growing and if we are lucky see a heatbeat/heatbeats. It feels so surreal thinking about that! I am still on cloud nine and can't stop smiling. 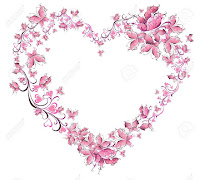 Posted by dublinerinDeutschland at 10:33 AM