Time for the good wife


The day after our transfer I was injection free which was great! The two week wait of IVF always feels a little strange. You go from having numerous appointments at your clinic every few days and being extra busy to all of a sudden having free time and getting radio silence from your clinic. I'm doing well at the moment though. There were a few times where I got a bit emotional/stressed/overwhelmed thinking about it all but I've mainly been happy and positive. I've been reminded by my lovely blog commentators that each cycle and embryo tells a new story. Just because it hasn't worked for us before doesn't mean it couldn't happen now (sometimes I just think I can't even imagine this actually working..)

I'd taken several days off work after the transfer and I've really been taking it easy which has been nice! Hubby and I have done some things around the house; unpacking and organizing where we put things, cooking and eating lots of healthy meals but also just spending time together watching TV or relaxing in the garden. My favourite two shows at the moment are "The Good Wife" and "Call the Midwife". Hubby jokes I love any shows containing the word "wife" in the title, haha!

I'd actually stopped watching "Call the midwife" after our third round failed as I couldn't face seeing all the pregnancies and babies. However I feel fine about watching it now. I love shows set in the old days. "The Good Wife" is something I begun watching after IVF round three failed. It's perfect as it's a court room drama without a plot involving babies or pregnancies. I love watching shows with strong women characters. There are also about seven seasons on Netflix so lots to catch up on! 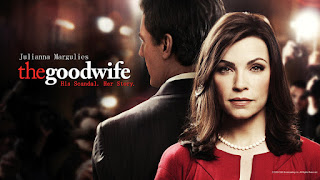 Oh yeah, I've also been trying to practice "social isolation" and staying away from other men lately, haha! There was a study which showed that women who avoided males other than their partner for three days after and IVF transfer had a higher rate of becoming pregnant. I figure anything is worth a shot at this point!

Last night I had a really sweet dream. In it, I had twin baby girls. There were about six months old and in a double buggy and I was bringing them around the park and shops with me. I was also tickling their chins and talking to them. They were laughing and smiling at me and I felt a strong sense of love. I woke up thinking how nice a thought it is that the embryos inside me could be communicating in some way. Yes, I know that probably sounds pretty far fetched! It could easily be that I have babies on the brain lately and it meant nothing, but it was sweet all the same! During our first IVF I remember having a dream of boy-girl twins.

A few days after our result we'll be hosting my mother in law's birthday party at our place. I'd offered to do it ages ago, not realising the timing. My MIL said if we get a positive result, it would be the best birthday present ever for her. It was a sweet and well meaning thing to say but for some reason I just felt added pressure, like if this doesn't work I'll be letting everyone down. I know I shouldn't feel like that though. Both sides are the family would just love to be grandparents.

Posted by dublinerinDeutschland at 10:49 AM