My job has been quite stressful lately. Some people left and now there is a lot more work for the rest of us until they find and hire replacements which will probably take months. I've had to do a fair bit of overtime recently too. At least, this was a short week at work which was nice. Baden wurttemberg had two public holidays in a row this year, October 31st and Nov 1st. Hubby and I had a lot of relaxation time. Not much else to report lately. We binge watched the new season of Stranger Things which was really good. I've been catching up on my reading. 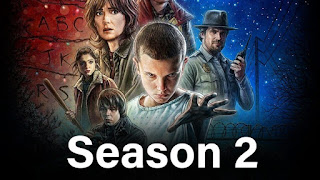 The most annoying pregnancy symptom at the moment is probably the heartburn. I tend to get it really bad most evenings. It feel like my throat is on fire! I've been managing quite well with antiacid tablets though. As I mentioned before we already have gotten quite a lot for the baby. Mostly things were given to us by friends who don't need them anymore and we also picked up some stuff second hand. We plan to buy a chest of drawers to put all the clothes and blankets in. We also have to get the cot still. I love the idea of the ones which attach next to the parents' bed to make feeding easier and so the baby is close to you but also in their own space to avoid the danger of SIDS. I've been picking up lots of tips from talking to friends so I think I'm starting to get a pretty good idea of what life could be like with a newborn.

I did feel a little uncomfortable at first with us getting so much baby stuff already as if it were up to me I would have waited longer to start preparing. In Ireland traditionally people are very suspicious about buying things for a child before he or she is born! My parents' generation were like that and some people still are. Things have change massively in recent years though. On a facebook group I'm in for Irish women due the same month as me I noticed that most of the woman had already gotten loads of stuff by this stage. I decided that I don't want to wait until the baby is here to start getting everything- that would be totally stressful! I'd rather be prepared. Also I think at this stage in the pregnancy it is ok to feel relatively secure that everything will be fine. So we are going to continue to prepare and aim to have most things ready by January.

Since the 20 week scan I've also started feeling a lot more relaxed about the pregnancy in general. I'm not as anxious anymore. I've been letting myself believe that we will have a baby and just feeling happy and excited! I've also started to feel more relaxed about things in general, not being as anxious that any little thing I do could negatively affect the baby. I've even introduced some gluten into my diet again. I had quit it as I'd read undiagnosed gluten intolerance was frequent among women with unexplained infertility and it had also been giving me some digestive issues. I find now though that eating it occasionally seems to be ok. I've also been eating dairy which I'd cut out during the past IVF cycle. I was craving it a lot (particularly cheese!) and thought I should have some in case my body is missing the calcium or protein. I try to go for the low lactose options of course though as I still have a lactose intolerance. At first I wondered if I was becoming too relaxed- basically worrying about whether I'm not worrying enough! However I realised how silly that sounded and also decided that me feeling less stressed and more happy has to be a good thing for the baby. 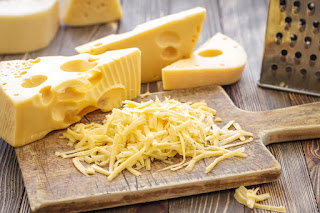 Life can be hard, there's no doubt about that. There are plenty of times when things are awful and there probably will be in the future unfortunately, so when things ARE going well why not let yourself be happy? I'm not going to worry about "jinxing" it but will allow myself enjoy this special time. So that's been my attitude lately! I've been spending some quality moments with hubby, catching up with friends, and having daydreams about the future when we will be a family of three.
Posted by dublinerinDeutschland at 12:05 PM