Week 24 is a bit of a milestone. This is the earliest that a baby could possibly survive if he/she were born already. The statistics improve for every extra week they stay in the womb. So it goes form odds of only around 40% at this week to around 90% by week 30. It's great to have reached this stage.

At the weekend we had to run some errands. Since we do car sharing it makes sense to rent the car for something like four hours then try to get everything done at once. It can be a bit of a rush though! We brought some garden waste to the dump, went to the hardware store to pick up some things, then went to a furniture shop and finally to the supermarket for groceries. It was Saturday morning so everywhere seemed to have traffic and long queues. It was good to get stuff done but exhausting. I felt a little faint at one stage at the hardware shop so once we got to the furniture place we went to the cafe for a snack. Once we got home and had unpacked the stuff we had to prepare lunch before finally we were able to put our feet up and relax.

On the way back in the car it suddenly hit me that next year we will have a baby and everything will change. Planning a trip like that would have a whole other dimension added as presumably we'd have to think about bringing a nappy changing bag, be aware of naps and feeding times, use a car seat and have a buggy or carrier. Of course I have often been daydreaming and imagining how things will be with a baby but the huge responsibility of it just struck me all of a sudden! This isn't going to be something we'll be doing for just a few weeks, our lives will be changed forever. I'm not saying I'm not ready and I don't want this completely. It was just a moment of thinking of how much our lives will be different next year!

I've had friends in the past say to me that after they had their kids they had to mourn their old lives - being able to do things spontaneously for instance. As someone going through infertility I didn't have that much sympathy since I was more than ready to give up a lot of my freedoms, though I would try to understand. Of course whenever I picture our lives with a kid I imagine a well behaved easy one. I'm not daydreaming about being thrown up on or having to look after a screaming baby, haha! We'll figure it out though. Hubby and I will make a good team, I hope. I've been reading lots of articles about parenting so I do think I'm somewhat prepared. My birth preparation course starts next week. Hopefully we'll be shown how to change a nappy and bathe a baby, practical stuff like that but if not the Hebamme who will come over after the birth should help us. It's nice to have a few more months to prepare for baby's arrival.

A few days ago I went to the general doctor to get the flu vaccine. My arm was a little sore for a few days after but otherwise no side effects. She commented again how happy she is for me and also that I seemed much less anxious compared to the last time I was there. I had gone to her with my bad cold and cough and asked if I could also be tested for listeria while I was there as I'd worried I'd picked it up by eating some smoked salmon. She had looked at me at the time like I was a little crazy and told me if I had listeria I would have symptoms and it's really unlikely to get it. These days I don't freak out as much about little things.

I had another doctor's appointment this week. This time there was no ultrasound unfortunately. But it's ok, I've been feeling the baby move a lot now so I'm not as anxious to see what's going on in there! Everything was good. He commented that my cervix is "very nice", haha! I had to drink the sweet drink and get my blood taken an hour later to check my glucose levels. I got the results after a few days and they were fine thankfully. The doctor told me I can stop taking the baby aspirin tablets now. He thinks that might also help against my frequent nose bleeds. He wrote a letter for me to bring to the airport when I fly next week just in case it's needed. Hubby wasn't able to come with me and he'll have to miss the next appointment in a month's time too sadly, but the one after in January he'll be able to make. I've been feeling really grateful today that this has been such a smooth pregnancy overall. Hoping it continues to be so! 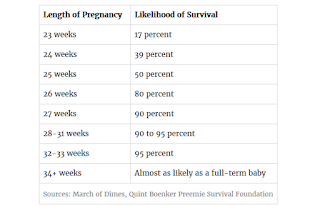 Posted by dublinerinDeutschland at 4:00 PM