Day after the result

I'm feeling a little better today. Still very sad of course but I continue to have hope for the future that one day it will work for us. I just pray it will be on the third IVF round and soon (or ideally it would just happen naturally but I've more or less given up hope now that could happen). Hubby and I had agreed before we started this whole process that we would only do three rounds max. For most people if it's going to work it would normally work by then. I hadn't thought that I would end up having two failed rounds.

I was talking to a friend today whose friend is a doctor and she said that with only one egg my chances of IVF working were really low, like only 3%. I had no idea it was that unlikely! The doctor did ask me if I wanted to keep going when it looked like I wasn't responding to the meds but he didn't mention that the chances would be so low and I thought that since I only had two eggs the last time but had gotten briefly pregnant that I would still have a chance with one.

I am wondering whether it is time to get a second opinion at another clinic. There is one that is meant to be really good but it's located over an hour away. So trying to go to appointments there before work would involve getting up at an inhumanly early hour. However I do want to give us the best chance of it working. We are thinking about trying to get a consultation appointment there to see what they might suggest.

I have also been thinking about how long I would wait before we might start the third round. I hate the idea of going through all the injections, the egg retrieval, and the horrible emotional rollercoaster again. I would say about 2-3 months maybe, possibly 4. We would also like to plan a trip to Ireland this summer though which could be awkward if it clashes with when we would start treatment so maybe it would make sense to wait until after.

Hubby and I are planning a mini break together next weekend, a spa hotel or something. Getting away sounds really good at the moment. 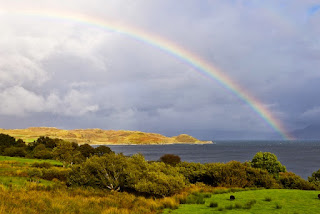 Posted by dublinerinDeutschland at 12:17 PM