How I've been preparing for my 4th IVF

It's a strange feeling knowing I could be beginning our fourth IVF in just a few weeks, Or I might not be starting for a several months. Would you believe we're still waiting for the results of my uterine biopsy? We emailed our doctor while we were in Australia and she said that it takes about six weeks. So initially we had been told one week by the doctor who performed it, then three to four by the receptionist and now six. The not knowing is frustrating but since there is nothing we can do I'm trying not to think about it too much! Anyway, these are the way I have been preparing for our 4th IVF;


The uterine biopsy and scratch was suggested by Dr. Peppy at our new clinic as it's the one test I haven't had done yet. It was uncomfortable but luckily not painful and only took a few minutes. The long part was getting to and from the clinic, as it's in a different city to where we live. If it turns out that I have an infection such as endometriosis then I'll need to take antibiotics for a month and probably test again so it would definitely affect how soon we can start our next IVF cycle. 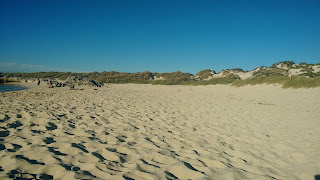 We went to Australia in April for my brother's wedding and had an amazing time. It was so nice to spend time with family, have a holiday with hubby and just relax and not think about infertility treatments! It was really good for us to take some time off from everything. Traveling is one of my favourite things to do. I'll try to do a separate post on that and share even more photos. I'm really glad we decided to go on the trip in the end. Initially we had been considering staying here to save money and not have to postpone IVF too long, but a family wedding is such a special event and I'm glad to have been a part of it.

Usually I try to quit alcohol in the months leading up to IVF but I haven't been doing that this time. I haven't been drinking much though, just the odd glass or two of wine at the weekends, but then in Australia I ended up consuming a fair bit, as you do on holidays! For instance, we went on a Swan Valley wine tour one of the days and my sister and I got very tipsy. I hadn't laughed so hard in a long time! I've decided to not let myself feel bad about it as I needed the break after everything. Once I start with the IVF injections I'll cut out alcohol completely. 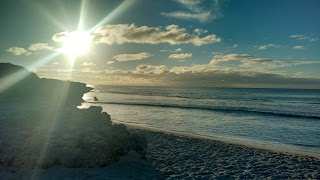 We are both planning to take his and her preconception supplements once we start our IVF cycle. I've also got hubby on Coq10 which has been shown to improve DNA fragmentation. He hasn't been shown to have any issues with his swimmers, but no harm doing whatever we can to improve things. Hubby and I have both been taking vitamin D as our blood tests showed we were low.
My doctor agreed that I can try DHEA before this cycle which can help women who respond poorly to the IVF hormones. Of course, I'm also on folic acid. For egg quality I'm taking 600mg of coq10 each day and I'm planning to start 3mg of melatonin once I begin the IVF injections stage until the egg retrieval as I've read good things about it. I had taken thyroid meds for several months after my blood tests showed my levels were slightly off but my most recent blood test showed my thyroid is ok now. Let's hope it stays that way! 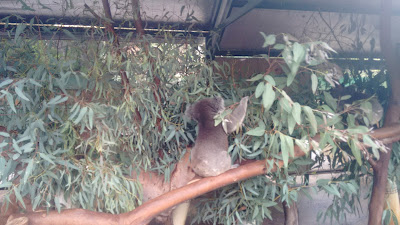 Since January, I decided to go gluten free and eat low dairy and less sugar. Apparently that could help reduce elevated natural killer cells. Hubby and I have also been trying to avoid processed foods as much as possible and generally eat lots of vegetables and legumes. We've both cut down on the amount of animal products in our diet. It has been fun trying out new recipes together and we've both been feeling great. I decided to try going gluten free after reading this study which concluded;

Patients of childbearing age having fertility problems may have subclinical NCGS and they should be informed that the treatment of NCGS by a gluten free diet might improve their fertility. Based on the case we are presenting, the possible prevention or treatment of reproductive effects may be achieved through a strict gluten free diet.

NCGS stands for 'non-coeliac gluten sensitivity' by the way. In some people your body apparently mistakenly thinks it is something bad and there can be an autoimmune response. I figure I could try it for a few months, what have I got to lose? Since going gluten free my general digestion has also improved which is a plus. It can be quite challenging following a gluten free low dairy diet living in Germany though, particularly when eating out! Here's a picture of a delicious breakfast I ate in Perth. Vegan buckwheat pancakes with fruit and cashew cream. 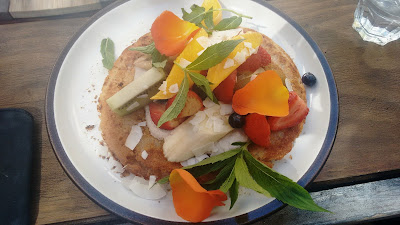 I haven't started this yet but I'm planning to try to make more time to do nice relaxing things for myself. I'd like to book a massage for instance, read more as I love reading, take long baths, listen to music and so on. And make sure we also do nice things like go on dates. It's very easy to get into the habit of staying in and binge watching tv shows and as much fun as that is, it's good to get some variety and go out for walks, dinner, cinema etc.


Won't it be nice once all this is over and I can eat, drink and do what I feel like without worrying about affecting my egg quality! Also it will be great once I'm done taking so many tablets each day. But it's ok, I'm happy now as I know that I am doing it all for an important reason. I've also noticed that the Australia trip has done me a world of good! I feel like I got to be myself again. My brother's wedding was so much fun! I was hanging out with a lot of his friends who are about three years younger than me. The handy thing was that none of them were at the kid stage yet (it's quite typical to not get married in Ireland until your 30s) so hubby and I weren't constantly being reminded of our lack of children like we might be when we meet up with friends our age. It was interesting to get to know my brother's friends and his life on the other side of the world. I had fun dancing like crazy on the dancefloor! Myself and some of the other girls from Dublin even attempted to do some Irish dancing, haha!

I would even go so far to say that I feel stronger emotionally after the Australia trip too. For instance on the flight there I refrained from watching "Bad Moms" or "Storks" on the plane as I was still feeling too fragile and worried that they would upset me too much with too many triggers. However on the flight back I watched them both! Bad Moms had some moments about how great it is being a mom and so on but otherwise it was mainly silly and funny and perfect for wasting a few hours on a long flight! During Storks I did cry a bit at the end but everyone did! 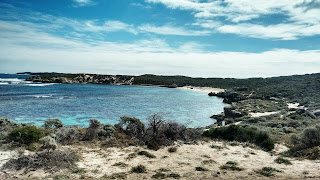 Hopefully I'll hear from Dr.Peppy soon so we can finally start planning when our 4th round will start. In the meantime we have another wedding to go to this month, so there will probably be more drinking and hitting the dancefloor!

Posted by dubliner in Deutschland at 1:01 PM