Well I still can't really believe that we have three failed IVFs behind us now. How did I end up here? I just really thought that it would be third time lucky for us and I had already planned it all out in my head - how far along in the pregnancy I would be by which month and even when I would be due. It all seems a bit stupid now of course. If it had worked I would have had my first scan last Thursday. Wouldn't that have been something? The odd thing is that our first IVF was actually the most successful in that I was properly pregnant and for the longest, even though it only lasted five weeks. These past several months between the immune testing and treatments not to mention the IVF itself was just so all consuming. Now that it's over I've been feeling at a loss. Sort of aimless and unsure of myself. The support from all of you has helped me a lot. It really means a lot to me, so thank you so much!

While I was googling IVF failure, I came across this article which I found very helpful. There are few resources available for when infertility treatments don't work so it can be a hard and lonely time. It's been difficult as you can imagine but I think I am handling it well all things considering. I was grateful that I had a few days off before I had to go back to the office. I'm still feeling quite fragile. It seems like every time I log onto facebook there's a new pregnancy or baby announcement! How I wish that were us. Yesterday hubby told me that friends of ours had their twins on Christmas day. I am embarrassed to admit this but I burst into tears when I heard. They also went through infertility and had a long journey. Actually when I did my second round of IVF, they did their first and for them it was successful. I am delighted for them, just disappointed for us.

I would have been due this month if the second round had worked. I probably wouldn't have been able to travel to Ireland in that case if I was so far along, and I would have missed out on a lovely Christmas with my family though. I liked the suggestion in that article to take up a new hobby or write a list of things you'd like to do. So I've decided to jot down lots of simple things like restaurants we've been meaning to try out, places I'd like to visit and so on. I've also thought about possible hobbies like doing a dance class, writing a book or taking up painting so maybe I will try something new. It would be good to focus on something else for awhile.

We've gotten an appointment at the other clinic I mentioned for early March. It's actually nearly an hour and a half away but I have heard great stories from people who have gone there. I'm really happy we have this appointment and keen to hear what they tell us. We'll have a long list of questions for them! I've read about some women having success with certain supplements such as DHEA and royal jelly but I'd prefer to get a doctor's advice before taking them. They offer natural IVF at the other clinic and I'm planning to discuss whether that might be something we should try. I'm also wondering whether it would be a good idea to get the scratch done (again) to increase our chances and whether it would make sense to check my tubes to see if one is still unblocked. In the meantime we have to fill out a three page questionnaire and send them all our medical records etc. I'll have to go back to my gyno to get a referral.

Hubby and I watched a few Netflix documentaries recently that revolved around food and health that made an impact on us. The documentaries were basically about how there is way too much processed and fast food these days. And also that people should cut back on animal products and dairy. So we decided to make an effort to eat healthier this month. We have been trying out some new recipes and cooking together more which has been fun! Just trying to incorporate lots more vegetables in our diet, more home made stuff, less sugar. I've also decided to try cutting out gluten. I've been having some digestion issues on and off for awhile now and I've noticed on days I avoid gluten it tends to be better so I'm going to give it a go. I also came across some research indicating that a gluten intolerance could lead to overactive natural killer cells in some women so I've been wondering if that might be what's happening to me. If I can improve my digestion, be healthier and improve the NK cells over the next few months that would be great!

I'm also hoping to get my thyroid values back under control. The day after our transfer I got my blood tested and found out my TSH value had gone up not down (it went from 2.30 to 2.46)! This is despite taking meds to reduce it the previous six weeks. I freaked out, worrying that it would affect the embryos implanting (and maybe it did...) I went to my doctor and she prescribed me stronger thyroid meds as the ideal value for pregnancy is around 1 and definitely under 2. Not sure why mine went up not down though I've read that IVF hormones can affect it. A higher TSH value means underactive thyroid. So my plan is to keep taking the meds and hopefully get my thyroid under control over the next few months.

Several people have asked us recently about adoption. It saddens me a bit as it sounds like they don't think we'll be able to have kids ourselves whereas we haven't moved on from that hope yet. Years ago when we started having problems hubby and I had a chat about what things we would consider and he said he doesn't want to go down the adoption route. I remember feeling sad at the time thinking that if IVF doesn't work then we would end up totally childless but when I thought about it more a few days later I realised that I also don't feel particularly drawn to adoption myself. It's a great thing for loads of people, don't get me wrong, I just don't feel like it's right for us. I can't imagine having the energy to start down that long road either if our other treatment attempts fail. Also for me the biological connection is very important. My Mum died when I was younger and I love the idea of a part of her living on.

People have told me about friends who adopted and then got pregnant naturally implying it might work in our case but that's not a good reason to pursue adoption! We also don't feel comfortable with the idea of donor eggs or sperm. Both are illegal in Germany actually (However it is actually legal to "adopt" already created embryos from another couple here). Update: only donor eggs are illegal here. Basically if it doesn't work with our own DNA we would stop. Hubby didn't even want to try IVF initially but luckily came around to the idea. And at the beginning we had agreed on 3 (or max 4) rounds. I have been starting to wonder about what I would consider depending on what we are told at our next doctor's appointment. Going through infertility means you end up having to think about all sorts of things. One friend even suggested we go to India to find a surrogate! I can't imagine ever doing that and thankfully I haven't been told that I can't carry my own child so we don't need to consider options like that. Our doctor has never said there are any issues with our own eggs or sperm either. Both are good quality. I think the main problem is that I don't respond well to the IVF hormones and we don't end up with many embryos. Maybe our thoughts on donor eggs or adoption might change in the future but for now we are still hopeful that we might be able to have a biological child. I hope that doesn't come across the wrong way. Each couple has to decide what is right for them.

Our plan is to see what they say at the other clinic and then decide our next steps. I am open to doing a fourth round at some point. Hubby isn't so keen on the idea, like I mentioned before, he's already ready to stop and try to move on. However he's open to finding out what the new doctors have to say. He just hates seeing how hard IVF is on me. I have heard of women who take five or six rounds to be successful but I don't know how much more I can take. I tell myself it will be worth it in the end when we have our baby but I do worry about the long term effects. The emotional rollercoaster isn't good for my mental health either. Each failure just feels worse than the last! The hardest thing at the moment is deciding where to draw the line. If IVF is never going to work for me then I would obviously rather stop now than keep putting myself through it (and spending more money)! Our health insurance will pay towards a fourth round and it's great to have that option. 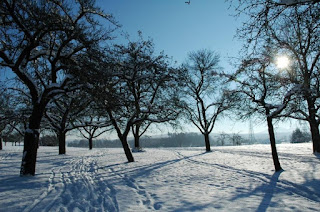 So that's where we are at now. I hope my post didn't sound too sad. It has been an incredibly disappointing time. I'm doing ok though. Feeling a little better each day and I am hopeful that maybe something will still work this year. I would love to be pregnant by the summer. Oh man, we would love that baby (or babies) so much! I would be the happiest woman in the world if it worked out. But I also want the doctors to tell it to us straight. If our chances are slim, I will try to accept that. In which case I will also start moving on. Hubby and I have also discussed what that might mean for us. We could consider getting a pet. Or we could plan some amazing holidays. Hubby has never been to Thailand. We would both love to go to the States together. It would also be such a relief to be done with all the doctor's appointments and injections. I hope by this summer we will have our answer either way. Please God we'll be able to have a healthy baby one day.

We are hoping to fly to Australia for my brother's wedding in April. It would be something to look forward to! Initially I had been thinking about staying here so that any potential treatments wouldn't have to be postponed but then I realised that I would regret missing out on seeing my brother get married and a month or two delay shouldn't make a big difference. My life has revolved around infertility treatments so much the past while and I'd like to focus on other things and try to enjoy life again!
Posted by dubliner in Deutschland at 11:14 AM