We have a plan

We finally had our phone consultation with the immune specialist doctor which we had waited six weeks for to discuss our blood test results. The GerMann downloaded a recording app on his smartphone beforehand so we could record the conversation in case there is anything we might miss. I was also worried that I wouldn't understand all the medical terms in German.

The doctor was nice and explained things well. The good news is that I don't have any indicators for an autoimmune disease, just the high NK cells by themselves. I will have four different new meds to take as part of my treatment. The first is Thyroxine for my thyroid. I was surprised at this as my throiyd values were all within range. My TSH value was 2.30 (the range given is 0,34 - 2.50). However the doctor said that she would like to reduce that value and that 1 would be more optimal for pregnancy. I should be able to get a prescription for it with my general doctor and then she suggests getting the values tested again in four weeks.

The next thing is the intralipid infusion which I had been expecting due to the elevated NK cells. She suggests getting the first one between day 5-10 of the cycle before IVF, then between day 22-28 and finally after the egg retrieval before the transfer. If I get a positive pregnancy test then I would have to keep up the intralipid infusion roughly every two weeks. Possibly until the second trimester but I think I would be given another blood test to check on the NK cell levels.

Another drug she recommend is called Predisolone which is a steroid. I would start taking that after the transfer but in a very low dose which would then be gradually reduced once I get pregnant. The side effects from that are weight gain and insomnia. And the final extra medicine is called Granocyte. This is because I am lacking a few "KIR" genes which can lead to a higher risk of miscarriage and problems with the placenta development apparently and this I would take in injection form starting after the transfer. According to the website: Various studies (Würfel 2010, Scarpellini and Sbracia 2009) have shown that the pregnancy rate increases significantly and that the success rate of pregnancies in patients suffering from recurrent miscarriage shows a similar increase with treatments incorporating granocyte starting from the implantation phase.

I asked about whether it would be ok to fly to Ireland for a week around Christmas and she told me that she used to advise people not to fly at all but she has had loads of patients travel abroad for treatment and it hasn't affected their results so she thinks there is no problem with us going to Ireland, a short flight, for a week after the transfer. So that was good to hear! We will have to miss my cousin's wedding in early January which is disappointing but we will be with my family for Christmas itself and that should also help the two week wait pass quickly! We would fly back to Germany in time for the blood test result and then if I get a positive test I'd continue with the meds and treatment.

The doctor also mentioned that our fertility clinic doctor, Dr. Direct, had written to her saying that he wouldn't administer the intralipids at his clinic. This confused us as he had told us at our consultation a few weeks ago that I would be able to get it done there and that he would support the treatment. So now I'm wondering whether he had written her the letter before our chat with him and changed his mind or whether he decided after talking to us that he doesn't want to administer the intralipid at his practice for some reason!

Apparently the intralipid medicine itself is difficult to procure in Germany. You either need to find an international pharmacy that will order it for you or you contact a pharmacy abroad such as in Austria yourself. The immune doctor also mentioned that medicine is cheaper in France and we'll save money if we buy some of the meds there. We need to wait until she sends us out the prescriptions and treatment plan before we can buy the meds though. She said she would send it in about two weeks. In order to go ahead with IVF in December, I would need to get the first intralipid infusion around mid November so I just hope I'll be able to get the meds in time and find a doctor willing to administer it. 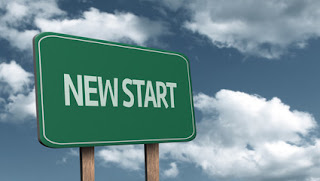 So there you have it! I feel positive having a plan and happy that I should be able to get started soon. I hope things will work out timing wise, that we'll be able to get the meds required and that I can start the intralipid infusion in a few weeks. I am a little anxious about potential side effects and how I will respond to everything. However, I'm a member of a German facebook group and a lot of the women who followed the treatment plan suggested by this immune doctor had success which is promising. Let's get this show on the road!
Posted by dublinerinDeutschland at 12:46 PM