Juggling act and living in limbo 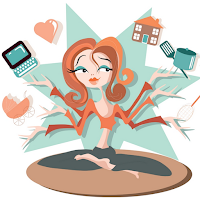 Ask any couple going through infertility treatments and they will be able to tell you all about the many ways that it interferes with their lives. Whether it's dealing with the hormones and side effects, managing all the appointments, experiencing the emotional rollercoaster, giving up alcohol/caffeine/whatever, having to miss out on things to save money or not being able to plan much in advance, it becomes really difficult to juggle your life! I've a good friend who regrets how much her and her husband's lives were put on hold during all the time they were going through treatment. They barely went on any holidays together, certainly not flying anywhere so she didn't see her family who live abroad for years. I have always made an effort to try to still live my life as much as I can while going through all this. We postponed our second IVF cycle for instance so we could enjoy Christmas last year without the stress of it all and then later we postponed again so I could go on a family holiday and then for a wedding in Ireland at Easter. It was really nice at the time to take the break from it all and feel like myself again. Not to mention enjoying wine since I'd cut alcohol completely in the months leading up to and during IVF.

It hasn't been easy juggling it all though and I find it can be stressful trying to find a balance. Having to fit appointments around my job means sometimes having to get up crazy early followed by long waits at the doctor and then still having an eight plus hour day in the office. It meant not being able to take off as much time as I might have liked after my first IVF egg collection due to the stress of a work deadline which ended up being the same week! We have had holidays we would have liked to go on but didn't since we knew we would be going through treatment and needed to save money instead. We've had to cancel social events with friends on several occasions too. For instance a dinner and wine tasting that you had to buy tickets in advance for when I thought I might be pregnant by then. There was also a German festival event that was taking place during the IVF two week wait when according to my doctor I should avoid crowds to not risk picking up an infection so we stayed at home instead.

Other bloggers have commented that going through infertility feels like living in limbo land and I can relate to that! I don't belong with single friends who are out partying at the weekends because when you are trying to get pregnant you are supposed to quit alcohol and live super healthy. But I don't fit in with friends who are mothers either and when they all chat about their kids nonstop and plan play dates, I feel left out. Friends who are childfree by choice can be fun to hang out with, though it's still rare to find couples who don't want kids, and they generally can't relate to the lengths you are prepared to put yourself through to try to build a family. Other friends going through infertility are great as they totally get it. If they get pregnant though, of course you are delighted for them but it can leave you feeling left behind once again.

It's so difficult trying to plan anything. I mentioned that we have lots of things coming up over the next year such as weddings of family members and good friends. I would love to attend as much as possible but I'm nervous to book any flights until we know when we can begin treatment for the natural killer cells, how long it will take, and when we will be able to start IVF again. I'd love to go to Ireland over Christmas time but if I do manage to get an IVF transfer done by then, would it be crazy to fly in potentially early pregnancy? One friend said recently that me getting pregnant is the most important thing and I shouldn't think about any flights or trips. Another friend also told me if I were to fly and then had a miscarriage I would regret it! So are my priorities all wrong? Am I crazy to be trying to find some way to go ahead with IVF in November/December and still fly to Dublin at Christmas? If I were to get pregnant and I thought that it would be at risk then of course I would give up a holiday in Ireland. But I'm just wondering whether it would be possible to have both? Another option might be postponing treatment several more months but then I worry about doing that since the older I get the less likely IVF is to work!

So should I continue trying to find a way to still live, travel, enjoy my life around treatments, or is it now time to focus 100% on making having a baby our number one goal? At this stage we're only a few months off from having been trying for three whole years. It's a long time! I suppose all we can do is wait for the phone call with the doctor and then we'll be better able to decide whether we would be able to do the treatment and still fit in a trip to Ireland at Christmas. According to what I've read online the intralipid infusion therapy against natural killer cells would start the month before you do IVF and involves an IV infusion for about two hours. It should be done every two weeks up until the 12th or 24th pregnancy week. I'm already wondering how I would be able to juggle the extra doctor's appointments with my job. Finding a balance between fertility treatment and my life isn't going to be so easy the next few weeks and months but I'm leaning towards doing the treatment for high NK cells in case it's the answer, giving IVF round three our best shot as much we we can and everything else will just have to take second place.
Posted by dublinerinDeutschland at 1:16 PM