A few weeks ago my husband told me that the Obama daughters, Malia and Sasha, were conceived through IVF and that Michelle had previously had a miscarriage beforehand. She has written all about it in her new book apparently. I was surprised by the news. At the same time I was also glad, not about Michelle's miscarriage which is very sad of course but about her opening up and bringing infertility and IVF into the open.

I suspect a lot of celebrities end up having to get help but most don't talk about it. Chrissy Teigen was open about her and John Ledgend's children being IVF babies but she is in the minority. Beyonce and Jayz are suspected to have gotten help but they never confirmed or spoke about it.

Of course if a celebrity is going to be open about it, it is more likely to be after they have come out the other side and have a healthy baby. It is even more rare for them to say they tried but were not successful in conceiving and have had to move forward in their lives going in another direction. My book club are thinking about reading Michell's memoir and I'm sure it will be an interesting read! 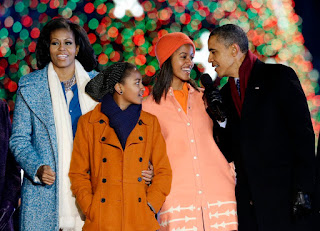 Posted by dublinerinDeutschland at 10:00 AM