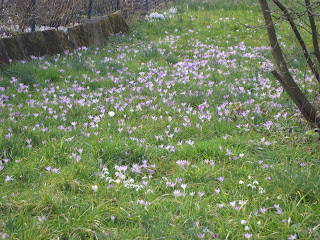 "Frühjahrsmüdigkeit" is roughly translated as "spring fever" in English. However confusingly it has the opposite meaning! The English term implies increased energy at the start of spring whereas Germans talk about feeling tired for no reason apart from the fact that the season has changed. The weather has been strange these days. Still cold in the mornings, a mere 10 degrees but then it heats up in the afternoons when the sun comes out to a sunny 23 degrees. 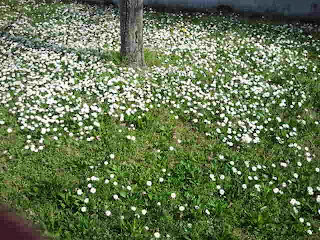 I'm delighted winter is over but now spring is here I have had my hay fever to deal with. Luckily after just a few a difficult days I managed to get it under control- taking a tablet every night. It should be gone in a few more weeks.

There's a 6km marathon the end of May which I've signed up for. This way I have the motivation to take jogging up again. And I felt great after completing the 5km run last year. People who regularly take part in proper marathons will probably be laughing reading this as very fit people don't have to train at all to do a 5km run. But over winter I haven't been doing much exercise so I'll have to build up my fitness level again slowly. I like the couch to 5k running plan. 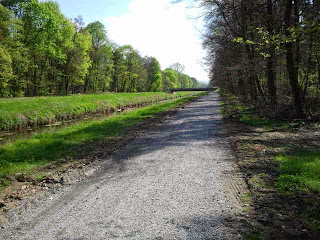 I've never been one of those people who is obsessed with running unfortunately. They seem to love it and get a real high and miss it if they don't do it. I find it a struggle and feel happy once it's over! Once you decide to start jogging, the first few times you go are really difficult and you just feel like giving up and wonder what crazy thing gave you the idea to go running. But after a few times, it suddenly starts to get better and you find you can jog for longer and get into a stride. From then on it's possible to go for a little longer each time. 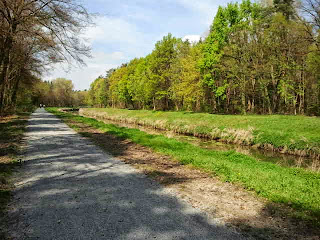 So I'm planning to go jogging, ideally one or two evenings after work and at the weekend. I use an app on my phone, called "Endomondo" to track my distance. There are also some lovely routes not too far from where I live so I don't have to jog beside a busy road but can enjoy some nature. Maybe if I do more exercise my "Frühujahrsmüdigkeit" will turn into "spring fever" and I'll be jumping out of bed in the mornings! Here's hoping. 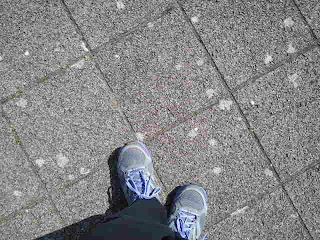 Posted by dublinerinDeutschland at 11:35 AM