In June we went on a family holiday to Mallorca for ten days. We've been a few times before but this was our first time going since our daughter was born. We love it because it's only a short flight away from Germany and it's a beautiful island. It has gotten a bad reputation at times in the past as being a hotspot for drunkenness and bad behaviour from tourists but it's very easy to avoid those areas! We stayed in the Play de Muro region. 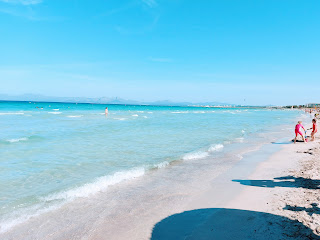 The beaches were long and beautiful. We stayed at a very family friendly hotel which was perfect because they had kids disco in the evening followed by an entertainment program with live music /dancing etc. They also had a kids club from age 4 which we brought Mini to a few times. My Dad and his partner as well as my sister and her family all stayed at the same hotel so it was a really nice way of spending time with family while also having a holiday! Mini hasn't learned to swim yet but she had great fun splashing around in the pool with her arm bands on. Oh and the food was delicious too! 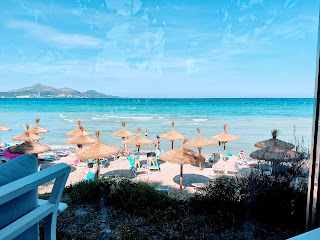 Posted by dubliner in Deutschland at 6:02 AM