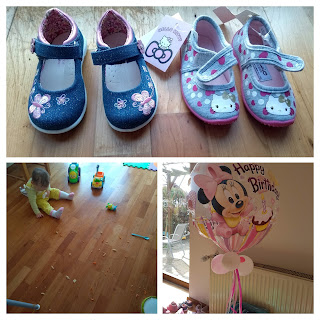 Now she's a toddler she shows her frustration at times. She's not old enough for me to reason with her but distraction usually works well. Or I just let her keep doing whatever she wants to do sa long as it's not dangerous or hurting anyone. Life with a one year old is exhausting but fun!
Posted by dublinerinDeutschland at 2:15 AM

Email ThisBlogThis!Share to TwitterShare to FacebookShare to Pinterest
Labels: parenting