Infertility in the news


Since infertility has been a big subject in my life the past few years, whenever I see things in the news about it, it peaks my interest. Recently a study has come out about men's declining sperm count. "Sperm counts in the West plunge by 60pc in 40 years as 'modern life' damages men's health." The decline shows no sign of stopping either. That is crazy when you think about it!

The article also said that poor sperm can be an indicator of other health problems; Aside from the obvious implications for reproduction, the researchers said the declines were consistent with reported trends in testicular cancer, the number of children born with one or both testicles missing, the onset of male puberty and total testosterone levels. This is not something that should be ignored. There were several possible reasons given in the article; chemicals... BPA... processed meats... but I got the impression they don't really know for sure. If there are chemicals in the food that we are being exposed to that are causing problems like this (plus who knows what other issues could be attributed to it such as cancer), something needs to be done.

The same study was also covered in the Daily mail, which is a tabloid paper. They commented about how women are typically "blamed" for infertility when often it is the man at fault. I really wonder when the blame game of women "being career women" and "waiting too late" is going to stop. Anyway, the article mentioned that maybe men and women will have to start freezing their sperm and eggs when they are young for future use! This is not an ideal solution for numerous reason. It's an interesting idea though. I'm currently reading "The handmaiden's Tale" for my book club and articles like this make the book seem not all that far fetched! 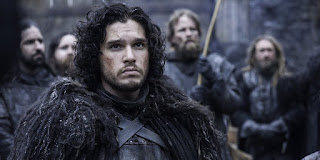 The comments under both articles (there and on the facebook pages) were despicable though. Firstly there were lots of people blaming "feminists" and "feminism". That made my blood boil. Come on! Some people seriously think that women having equal rights and being allowed to work and vote for instance is causing men to feel so threatened that their bodies produce less sperm?! Give me a break! The other most prevalent comment was about "overpopulation" and that this sperm issue is hence "a good thing". That also upset me. I can see how over population can be a problem is certain countries especially with poor access to family planning and contraceptive measures but in the western world we have the opposite problem. Germany has an aging population for instance. Many couples these days only have one kid on average, or none at all! And people not being about to have the choice to have children is in no way a "good thing". I wouldn't wish infertility on my worst enemy! It is heartbreaking to go through.

By the way I wanted to add that by using a picture of the manly Jon Snow from Game of Thrones I'm not in any way suggesting that there might be any issue with his swimmers... But if there were, it wouldn't make me think any less of him!
Posted by dublinerinDeutschland at 11:49 AM

Email ThisBlogThis!Share to TwitterShare to FacebookShare to Pinterest
Labels: infertility