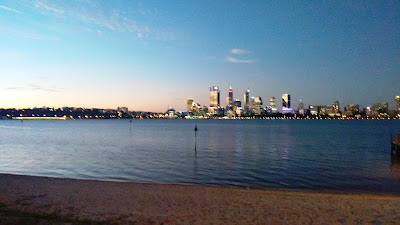 In my mid twenties, several years into my first job straight after university I decided to pack it all in and go backpacking with a friend. I love traveling and I figured it would be something I would regret if I didn't go. There's a one year work and travel visa you can get for Australia if you are aged between eighteen and thirty one and we both applied for that. The visa restricts you though, you aren't allowed to work for longer than six months in any one job, which pushes you to keep moving around and traveling. We ended up doing a mixture of jobs from waitressing to flipping burgers when we needed money, but we also stayed in a lot of hostels and lived on the cheap, proper backpacking style! 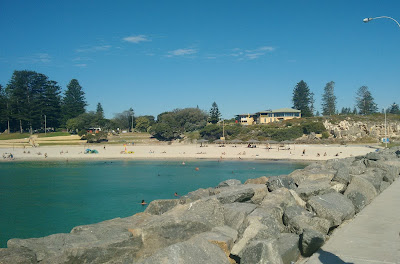 Before the trip I remember having cold feet and wondering if the whole plan was such a good idea after all! Luckily it ended up being a fantastic year. We spent the first six weeks travelling around south east asia (Thailand, Lao, Cambodia, Malaysia), then lived in Sydney for several months followed by more months in Cairns Queensland. Lastly we spent a few more weeks travelling around New Zealand before heading home to Ireland. It was a great experience and I learnt a lot and I think it helped me become more more independent, adaptable and adventurous. I even did a sky dive in New Zealand! 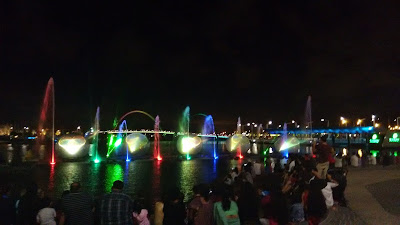 I loved Australia and if it weren't for the fact that it's just so awfully far away I would have considered staying there (despite the fact it's home to the world's most dangerous animals and sometimes I felt brave just for being there!). My recent trip to Perth with my family was my first visit back in the country and it brought back a lot of old memories. We also went to Bali during the holiday and that reminded me of the time we had spent Thailand. Mostly it was so great catching up with my best friend and travel buddy again who lives in Sydney now. 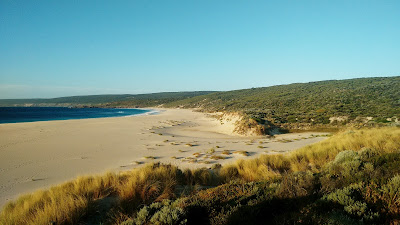 Perth is a cool city and it was great seeing where my brother lives and spending time with him and his girlfriend. The fringe festival was on while we were there which was fun to experience. Perth is also a good base to discover more of western Australia. We took a day trip to Fremantle, a pretty town about an hour's drive, and did a tour of the old prison there which has a very interesting history and we spent three days exploring Margaret river, a fantastic wine region. 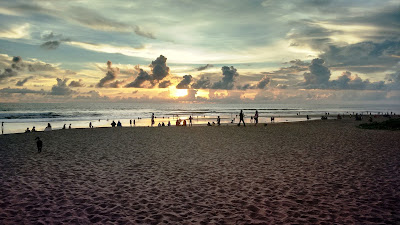 Bali was a little disappointing at first. to be honest. It wasn't quite paradise like I had been imagining before going there. The beaches had been nicer in Perth! However from talking to some other people it sounds like we went to the wrong region (Seminyak) and if we had travelled even a few hours further from the airport we might have found the more scenic areas. We had a villa though with our own private pool which was lovely. The people were really friendly and the spa prices are ridiculously cheap so I got some relaxing treatments done while I was there - aromatherapy massage, reflexology, mani-pedi. It rained a lot but it was the rainy season so I guess what do you expect! 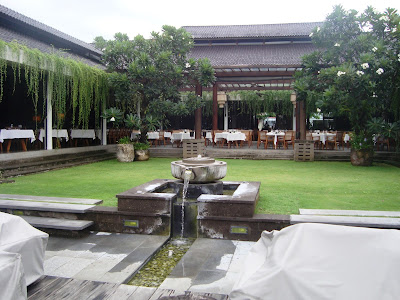 All in all it was a fantastic holiday and I hope to make it back to Australia again one day, hopefully next time with the hubby.
Posted by dublinerinDeutschland at 12:22 PM