An Irish Summer in Lanzarote 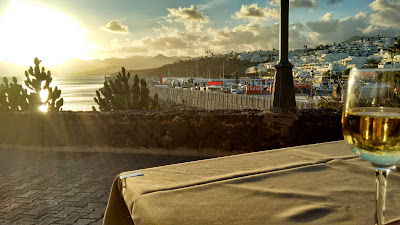 We spent last week on holidays in Lanzarote, one of the Canary islands. When we were in Mallorca before, we couldn't help noticing how many Germans there were. Well Lanzarote seems to be a top destination for fellow Irish people as we heard familiar accents everywhere we went! 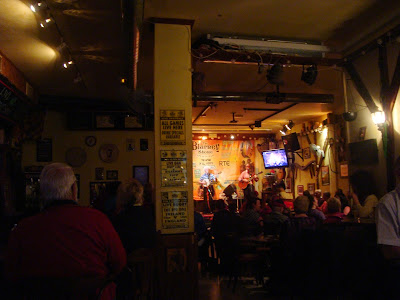 We also lost count of the amount of Irish pubs there are in Puerto del Carmen, the region where we stayed, but we managed to have a drink in several of them - I always try to support other Irish people living abroad! We enjoyed some great live music in one and even took part in the karaoke evening at another. 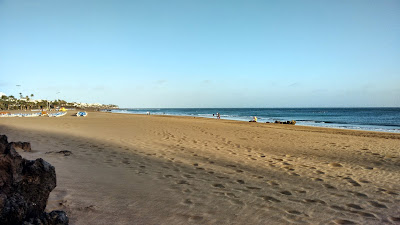 The Canary islands belong to Spain but because of their location close to Africa it is normally much warmer compared to the rest of Europe. We were rather unlucky with the weather while we were there though, which was reminiscent of an Irish summer - very changeable - one minute sunny and pleasant and the next overcast and rainy. so yeah, I felt quite at home, haha! 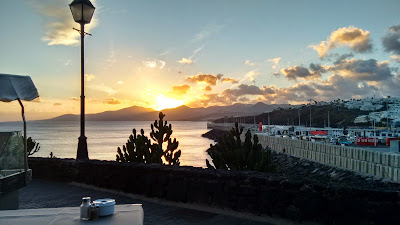 Puerto del Carmen has a seven kilometer long promenade beside lovely beaches and there are plenty of great restaurants, pubs, and cafes. The island is also covered with volcanoes and an excursion to the Timanfaya National Park is worth a visit. We opted for a half day trip which included some wine tasting. It probably sounds bad if I admit I was more looking forward to the latter, which ended up being a little disappointing with only one half glass to taste! There was also an option to ride camels up the volcanic mountains, which neither of us particularly wanted to do so we wandered around taking photos at that stage and then went back to the bus when it got too cold. 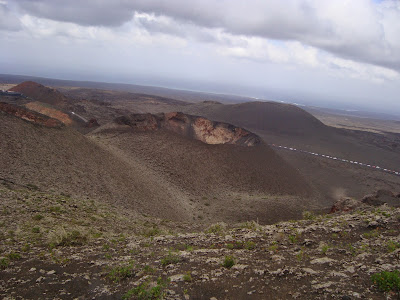 Visiting Lanzarote in February is still a little risky if you are counting on great weather and a beach holiday. The lowest temperature there during Winter would only be about 14 degrees so it's really quite pleasant all year around. That said the evenings were chilly and there was a very cold wind!

Still though, we had a fun relaxing time. Our next trip planned will be Dublin over the Easter break. 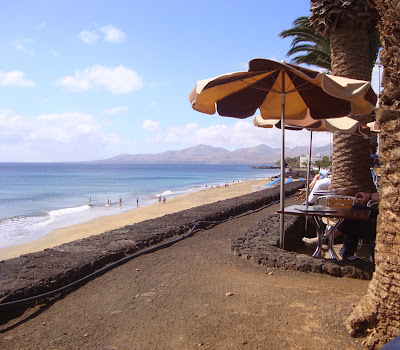 And our karaoke songs of choice in case you are wondering? I attempted "Help" by the Beatles and the GerMann had a go at the Garth Brooks classic "Friends in Low Places". Neither of us can sing particularly well but didn't matter since nobody knows us in Lanzarote!

Posted by dublinerinDeutschland at 8:56 AM