The spookiest night of the year #MicroblogMonday

Traditionally Germans don't celebrate halloween at all. However recently with the influence from other countries I've noticed this is starting to gradually change, but it's still not a big event here. Some kids might dress up and a few even go out trick or treating (in German Süßes oder Saures) but it's not something that they all do. There also wouldn't be any firework displays, bonfires or other halloween traditions such as bobbing for apples, pumpkin carving or barnbrack. 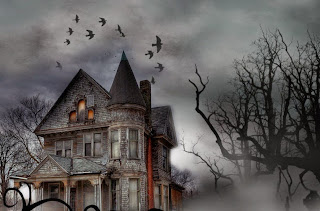 Halloween first originated in Ireland and then all the Irish immigrants introduced it to the States from where it became even more popular and widespread. When I was a child I always looked forward to the 31st of October when you would dress up and go around to your neighbours' houses collecting goodies. 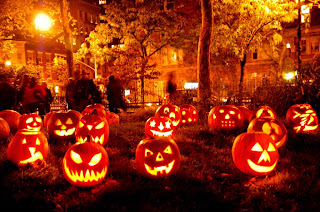 I think it's a shame that it's not celebrated that much here but I guess the Germans have Fasching which is enough for them! We had visitors over from Ireland last weekend and we all got dressed up and went out to a halloween karaoke night in the local Irish pub, which turned out to be really fun! Where else would you get to see zombies rocking out to Bon Jovi?

How do you celebrate halloween?

Posted by dublinerinDeutschland at 2:06 PM