Reading
Michelle Obamas's Becoming. I started this months ago and haven't been able to finish it but that's not a criticism. Firstly it's really long but secondly I rarely have time to read it! It's a big book so not one that fits into my handbag to pull out when I have a few minutes on public transport. Whenever I have a free moment, I usually end up doing something else but when I do have a nice 10-20 minutes of undisturbed time ahead of me then I have been delving back into the book and really enjoying it!

Watching
We finally got around to watching two very different films, "The Greatest Showman" and "Avengers-Endgame". The former has been one I've been dying to watch for ages and the latter my husband was keen to see!  I think I can safely say we ended up loving both.

The Greatest Showman is a story around Barnum who comes from poverty and has big dreams. I don't want to go into the story in more detail as I often find that even watching trailers these days can have loads of spoilers and it's nice to watch something without knowing too much in advance. The screenplay, music and dance numbers were amazing and it was just entertaining and good fun. The songs are catchy too and I find myself humming along to them weeks days later!

You've probably heard of Avengers: Endgame even if you aren't a fan because it was a massive hit this Summer.  I enjoy the Marvel stories and films though at times find the format somewhat predictable (time for another huge fight scene with lots of special effects anyone?). That said, this one was particularly entertaining and well done!

Eating/cooking
Well now it's autumn we've been making pumpkin soup and curries again - yum! My main favourite German treat are pretzels though! A lovely freshly baked pretzel with butter and cheese or avocado on top with a cup of tea is just perfect. 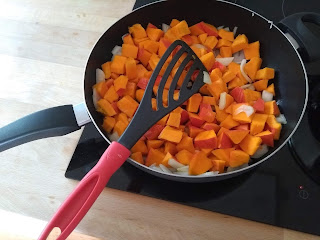 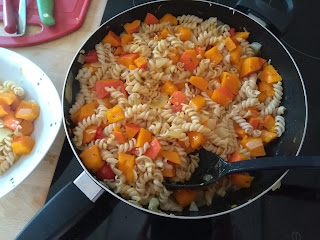 Traveling
In August we were in Ireland on holidays which was lovely. This month apart from our usual outings to all the local playgrounds, we went to the zoo for the day which was fun. 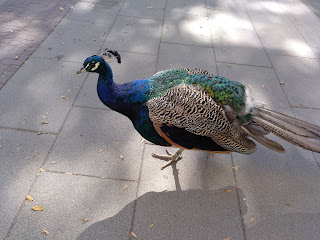 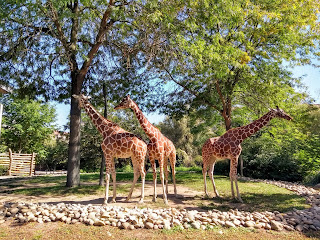 Posted by dublinerinDeutschland at 7:11 AM