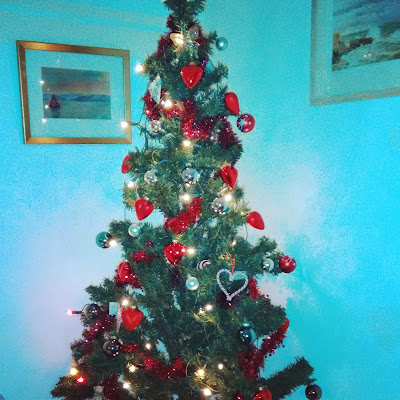 Christmas this year was wonderful. The GerMann and I flew to Dublin a few days beforehand, and spent ten days there. My brother was also home from Australia and it was lovely having the whole family around. I also managed to meet up with most of my friends at some stage while we were back.

On the day itself we all pitched in to prepare the food which was a very traditional Irish Christmas dinner; turkey, stuffing, roast potatoes and vegetables, gravy, cranberry sauce and all followed by plum pudding, mince pies and custard. Delicious! After eating till we were totally stuffed we played some board games - cluedo and monopoly. The latter was just going on forever so in the end we just decided to count up who had the most money to decide on the winner (my sister's boyfriend). 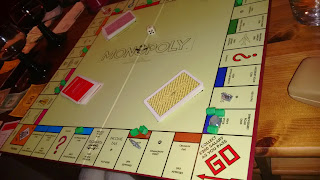 We left Dublin with suitcases full of presents and returned to the freezing weather here. I found out the hard way that dragging suitcases through the snow is not easy! Luckily all our flights, buses and trains went as scheduled, not like a few years ago when my flight on christmas eve was cancelled due to the snow and I ended up missing Christmas with my family and not arriving back to Dublin until Stephen's day! 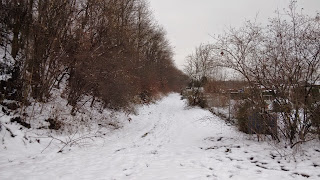 I was a little sad saying goodbye at the end of our visit as usual but I know we will fly to Dublin again in only a few months. It has also been quite nice here since we've been back. The snow is very pretty and I only had one easy day of work, since the office was quiet and now two days off. The GerMann picked up a cold in Dublin though and is suffering with a sore throat so we decided to stay in for New Year's Eve and have a nice evening zu zweit (just the two of us). We'll watch the fireworks in our neighbourhood. 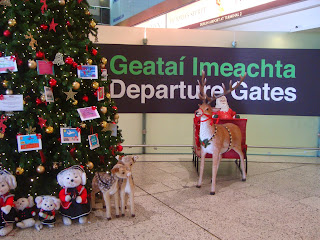 There was a LOT of eating in Dublin and plenty of wine, so I think this month I will have to start going back to the gym to reduce some of the Weihnachtsspeck, which literally translate to 'Christmas bacon'. Haha, those Germans certainly have a word for everything!

How was your holiday season?

Posted by dublinerinDeutschland at 11:01 AM 8 comments:

I've already been to two Christmas markets so far this year and of course had some Glüwein, mulled wine which is perfect on a cold day. Flying to Dublin in a few days. Only a week till Christmas. Seriously, where has the time gone? As usual I feel so disorganized for Christmas! I still have a few presents to buy, haven't sent all the Christmas cards and I had also hoped to have created our wedding photo book by now but there just wasn't time and now it's too late!

I'm looking forward to spending time with family and friends in ireland and celebrating my birthday.

I've been to the christmas market and drank Glüwein- check!

I need to get organized! At least we finally put our Christmas tree up at the weekend. Can't wait to go back to Ireland for the holidays!
Posted by dublinerinDeutschland at 2:17 AM No comments:

The idea of being in a book club always appealed to me and earlier this year I set one up with other English speaking ladies living here. Anyone can make suggestions what to read, then we have a poll and whatever gets the most votes wins. The aim is to meet up about every six weeks to then discuss the latest book over a few too many glasses of wine! 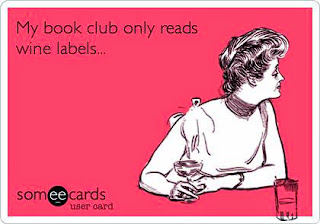 The great thing about being in a book club is that I get to discover other books and authors that I probably wouldn't have come across otherwise. That said, everyone's tastes are very varied and there have been a few books that may have won awards but we just couldn't get into or ones that some people loved and others didn't at all! This leads to some interesting conversations though.

Our most recent book is "Gone Girl" by Gillian Flynn which I just finished reading. I had heard quite mixed reviews with some people loving it, others hating it. It's about a woman who goes missing under suspicious circumstances and is written alternating from her point of view to that of her husband's. 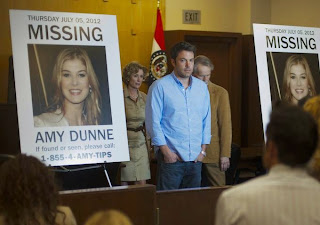 There are some great twists in Gone Girl which I'm not going to go into as I don't want to spoil it for anyone but I will say I really enjoyed reading it and found it original and full of suspense. I could barely put it down and I'm looking forward to watching the film! It's usually better to read a book before watching the movie adaptation, I find.

Have you read Gone Girl? Are you in a book club? Any good book recommendations?

Posted by dublinerinDeutschland at 1:53 PM 14 comments: