So far so good

On Wednesday I had an ultrasound to see how I'm responding after almost a week of IVF hormones. The days leading up to the appointment I started feeling a little nervous. I've had some stomach twinges and light cramps now and then but otherwise no symptoms at all. During my second IVF cycle I barely responded to the meds so I was worried that the same thing might happen again. However I decided that worrying isn't going to change the result either way and I would try my best to just wait and see how the appointment goes.

The ultrasound showed that I only have one follicle growing on the right hand side unfortunately, but the good news is that there are five on the left. Interesting since the right hand side is also where my blocked fallopian tube is. Of course, I won't know how many eggs we'll end up with until after the retrieval and I've had empty follicles both times before. All things considered though, I am feeling happy enough with how things are going. I am trying different meds this time which could lead to a better outcome and we should at least get a few good eggs from the six follicles. All we really need at the end of the day is the one perfect embryo!

I was told to keep doing the injections for three more days and then this evening I'll do the trigger shot. For anyone reading who's not in the know, the trigger shot is the one that brings on ovulation 36 hours later. The timing is crucial! I'll have to give myself two trigger shots this time (Decapeptyl), one at exactly 10pm on one tummy side and the other at 11pm on the other side. The egg retrieval procedure is scheduled for Monday morning. That means today I'll have had a total of five injections! I was just contemplating recently how far I've come. I used to be scared of needles and I didn't know how on earth I would be able to do IVF which involves giving yourself daily injections. The first IVF I found them quite hard to be honest and I would dread doing them each day. The second IVF it was a lot easier and now for the third it's practically a breeze! Ok, it can still hurt a bit and it takes time preparing the meds and so on but I have no big problems with injecting myself anymore! Never thought I'd hear myself say that. It feels good to conquer that fear.

This weekend we don't have any big plans so I'll mainly be taking it easy. Right now is not the time to come down with anything so I'm also thinking of avoiding the shopping crowds in town. I'll be transferring two embryos next week, if all goes well! We decided to stick with two even though our doctor was pushing for three. I've read a German study that says that there is no need for so many, that two is the ideal number (for a three day transfer). We just want the lab technician to select the best two and if there are any decent ones leftover freeze them. Another thing I've heard is that embryos can split so even if you only transfer one it is still possible to end up with twins! Something to be aware of. When I was waiting for my last appointment at the fertility clinic a couple with triplet toddlers arrived! The kids were cute but very loud and it was exhausting just watching them. And that couple are back for more, Yikes!

I mentioned I've been feeling mainly positive this IVF cycle. I've decided to let myself be optimistic and hopeful. Focusing on getting through each day at a time is also helping I find. Plus eating loads of chocolate! I'll update again next week after the egg retrieval, finger's crossed that will go well! 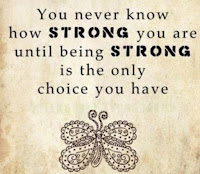 Posted by dubliner in Deutschland at 4:50 AM