Yesterday I had the transfer. The GerMann was able to come with me this time which was nice and hopefully brings us some extra luck! On the way to the clinic I was feeling anxious. If two of my eggs didn't even fertilize maybe it was a bad batch altogether? Or maybe one of the embryos might have arrested and stopped growing. Once we got to the clinic the nurse at the reception remembered who I was and immediately told me that our two embryos were doing great. That was a relief and great to hear! 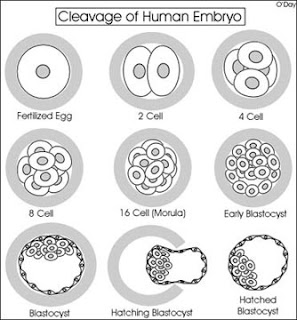 I listed to the Zita West relaxation meditation tape beforehand to get into the right frame of mind. The transfer itself went absolutely fine. The doctor said the two embryos are schön (beautiful) and four cell. I've since googled it and at 48 hours after egg retrieval you want the embryos to be 2-4 cells so 4 is great!

It was a lovely day. Hubby was very sweet to me and it was nice to feel hopeful. I mainly took it easy. The nurse had advised not to sit too much, so I lay down watching tv (Call the Midwife & New girl), baked some muffins and did a few things around the house. She had also advised me to eat lots of protein so I made some scrambled eggs and avocado for lunch.

A side effect from steroids can be weight gain and apparently increased appetite is the reason. I've already noticed I've been feeling extra hungry! I had a second breakfast after I came home from the transfer. I figure I'm not going to stress about gaining a few kilos. It doesn't matter in the scheme of things at all. When hubby and I were discussing what we'd have for dinner yesterday he remarked that I'm "eating for two..no wait, for three now"! It was a cute moment.

I had my third intralipid infusion today and that went fine. It took almost two hours and was mainly just boring! The GerMann says I get bored easily though. I guess that can be true as I do find it hard to sit still for a long time. At the end of the Intralipid infusion it occurred to me that I'll only be getting the next one done if I'm pregnant in two weeks time. I so wish I could see the future! Tomorrow I'm going to my GP before work to get blood taken to check my thyroid levels have gone down. A TSH level below 2 is better for pregnancy according to the immune doctor.

I've been worrying and feeling anxious a lot lately. And then I worry that all this anxiety could be bad for the embryos so I try to stop myself! Before we started this third round of IVF I had been thinking that if it doesn't work there is always a plan B of going to another clinic for a second opinion and maybe trying the natural protocol. However lately I've just been thinking that I can't bear the thought of going through this all again. And would there even be any point? I'm not exactly an ideal candidate for IVF being a poor responder to the hormones. I would definitely need to take several months off from doctor's appointments and treatments if this fails before I could even contemplate next steps but then the thing with infertility is that time generally isn't on your side. The GerMann is ready to stop with treatments whenever I am. He didn't even want to do IVF in the first place. My desire for a baby has always been stronger. 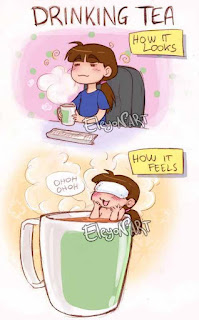 I'm happy that the next two weeks I'll have quite a few distractions between working, visiting my husband's family and then Christmas in Dublin. The doctor gave me a note for the airport to say that I require certain medications so that I should hopefully not have any issues bringing them in my carry on luggage. I've worked out I'll only have to give myself two injections while I'm staying with my family which shouldn't be too tricky. Other than that I'll just need to remember the progesterone three times a day, the steroid tablets plus baby aspirin in the mornings and and a prenatal.

My moods are quite all over the place at the moment, which you might have noticed. Swinging from positivity to despair in a moment. I'm definitely feeling extra sensitive today. The best way for me to not stress as much I've found seems to be by not letting myself think about all the what ifs and just focus on the moment. Trying to do things that make me happy also helps. I created an upbeat 80s music playlist which I've been singing along to, plus drinking large amounts of (decaf)Barry's tea. Tonight we'll watch an Irish movie (Sing street). Other than that we'll just keep praying and crossing our fingers that it might be third time lucky.

Wishing everyone who reads this a lovely Christmas season and all the best for 2017!

Posted by dubliner in Deutschland at 9:18 AM