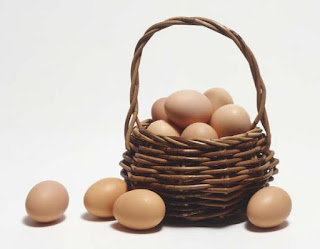 When I had my first ultrasound since starting the hormone treatment I found out that I have six follicles growing (three on each side) but they only measure 1.3cm and they need to be over 2 so I need to do an extra three days of injections. The doctor didn't seem to have any issue with me only having six but I'm disappointed. Six follicles doesn't seem like a lot especially when I was hoping for 8-12 eggs. Also during the information evening at the clinic we were told that they would only freeze extra embryos if they have at least 5 good quality ones which means it's already looking a little unlikely that I might have any extras to freeze for the future.

My worry is that if we only end up with a few embryos and then I don't get pregnant this month, since let's face it there's a 70% chance it won't work, and if we don't have any frozen embryos to use then I would have to do a second full round of ivf again. And right now I'm just finding it all hard going, and I'm only one week into it the process! I would definitely take a several months long break afterwards before being able to face the idea of a second round.

Oh well... Six eggs is better than none I suppose, I should probably look on the bright side and try to stop worrying so much! Easier said than done of course. I've another appointment at the clinic tomorrow for my next ultrasound so I'll find out then if any more follicles have grown in the meantime.
Posted by dublinerinDeutschland at 11:54 PM